Out on a recce mission with my mate and fellow TOG, Graham Binns.

This beautiful viaduct looked like it would be an amazing place to go and capture some interesting landscape photography. Having done a little research online about where exactly it was and how one might go about photographing this amazing structure, it quickly became apparent that it was impossible to make any solid plans without first having visited the site. So that’s what we did.

We travelled there one afternoon just to have a good look around and get a feel for the place. I have a little app on my phone called ‘The Photographer’s Ephemeris’. It’s a great little tool that shows you exactly where the sun will rise and set, using GPS to verify your exact positioning. While we were on location we used the app to determine exactly where would be a great position to set up, ready to get some interestingly lit shots of this vast structure as the sun was going down. Obviously a little common sense and intuition goes a long way too, but when time is of the essence and the site is as large as this structure proved to be, this little app can prove to be priceless for knowing exactly where to be and when to be there.
This trip was all about getting to know a place and becoming familiar with the surroundings so that we may return again and again at different points throughout the year to photograph and rephotograph this stunning structure.

‘Hewenden Viaduct, situated near Cullingworth, West Yorkshire, England, stands at 123 feet (37 m) tall and spans 576 yards (527 m) with 17 arches each of 16.5 yards (15 m). The foundations of the viaduct had to be sunk more than 60 feet (18 m) into the earth because of the unstable ground below.
The viaduct originally formed part of the Keighley and Thornton Branch of the Great Northern Railway and, together with the mile-long Lees Moor Tunnel, opened to passenger trains in 1883.
It served as a railway viaduct along the Queensbury Lines and it now forms part of the Great Northern Railway Trail for cyclists and walkers. It is a Grade II listed building.’

It just so happened that we had our kit with us and were able to get a few decent shots within the short time frame in which we were there. 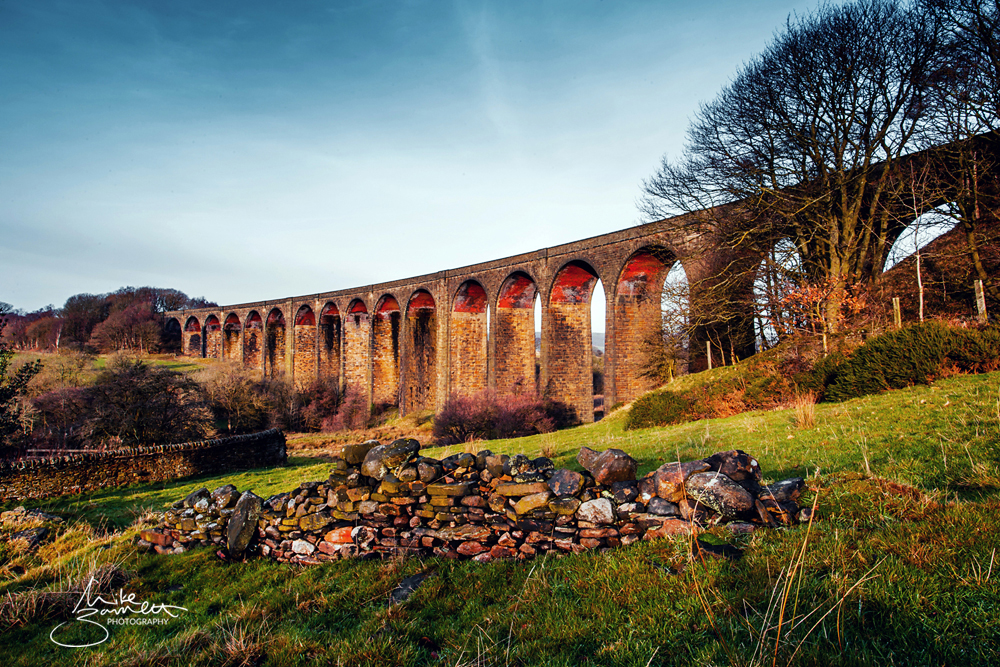 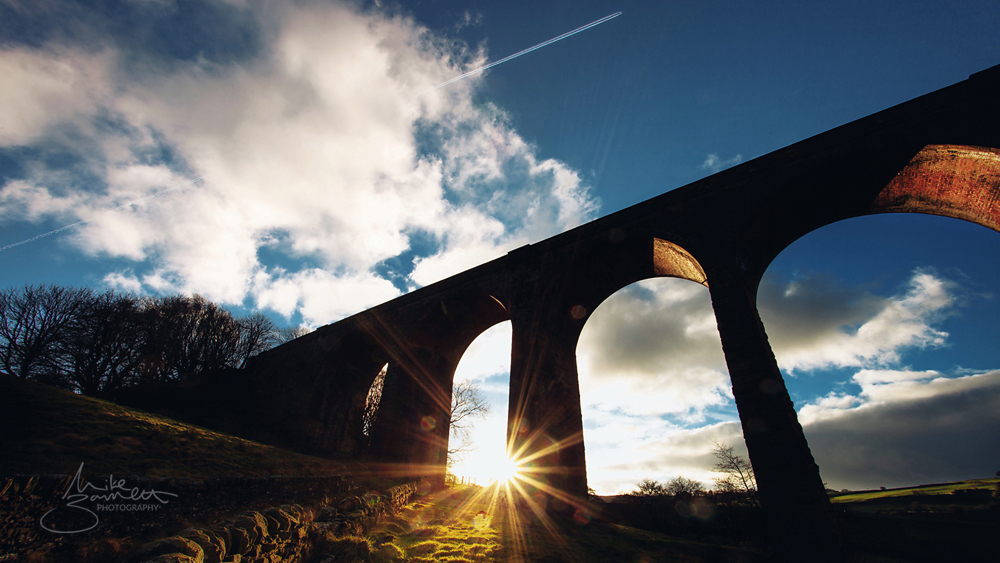 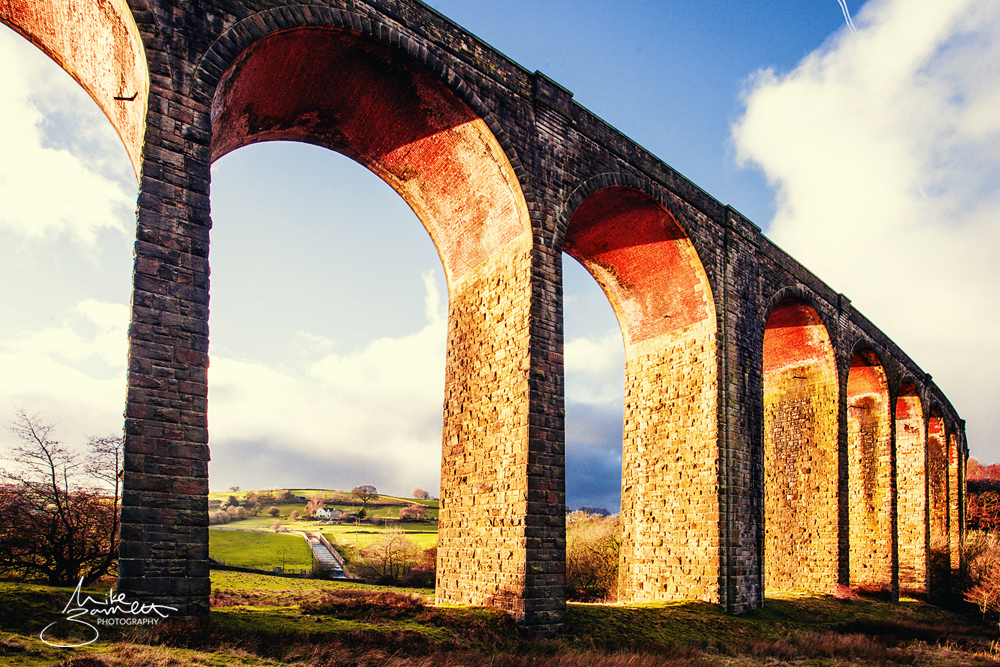 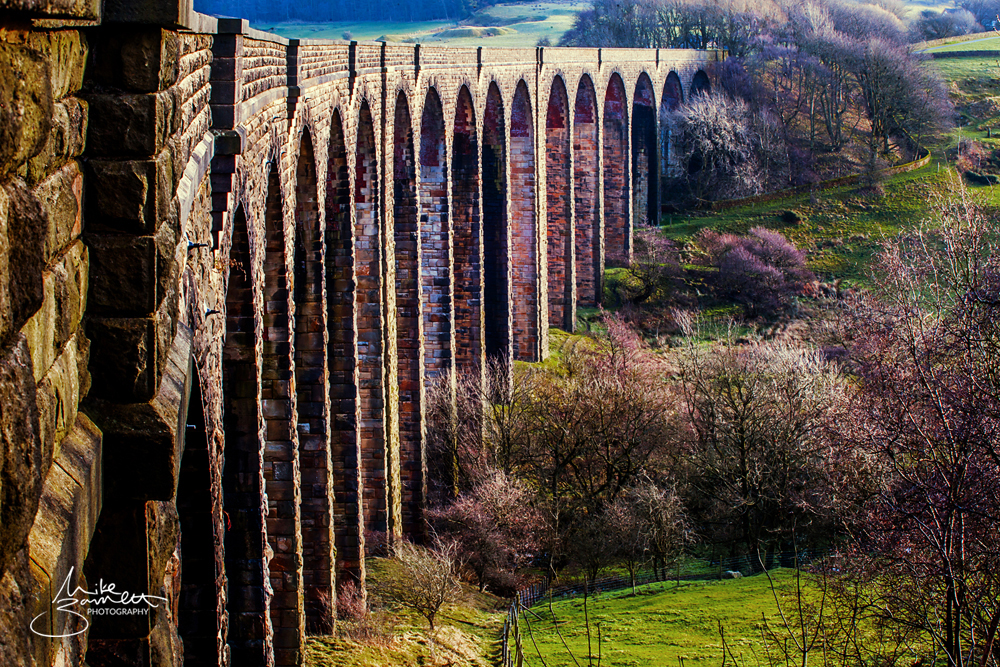