The black and white photograph has stood the test of time and is as relevant today as it has ever been, regardless of the fact that we have the most incredible colour printing and image making methods at our fingertips.

There is a power in the black and white photograph that has existed throughout history. Maybe because it is unconfused and conceptually simple. Just light, shade and the myriad tones in between. There is also something very artsy about the black and white image that has formed over time. A sentimentality or wistfulness where we can ponder romantically about what it is we are gazing upon and how it makes us feel. The black and white image can do that to us and it probably has a lot to do with its history more than anything else. After all, it existed for a long time before colour film became accessible. We are used to seeing old images in sepia tones reflecting simpler times and our journey through the industrial age and two world wars. It has its place in history.

There is something in the simplicity of the black and white photo. This is not to say that making a black and white image is any easier. In many cases, the opposite can be true. Black and white or monochrome imagery is often considered more interpretive or subtle than the colour image and the lack of colour can make an image more emotive. It is after all the Yin and Yang of image making where quite simply opposite or contrary aspects are seen as complementary, interconnected and interdependent. Or perhaps it’s because of what we know culturally of its history and we relate ourselves to the image more so, especially when we are trying to find meaning from within its structure. For the most part, all of the considerations are the same as any other photograph. Great composition, depth of field, correct exposure and all the other elements that we have come to know and learn about what it is that makes a great photograph. 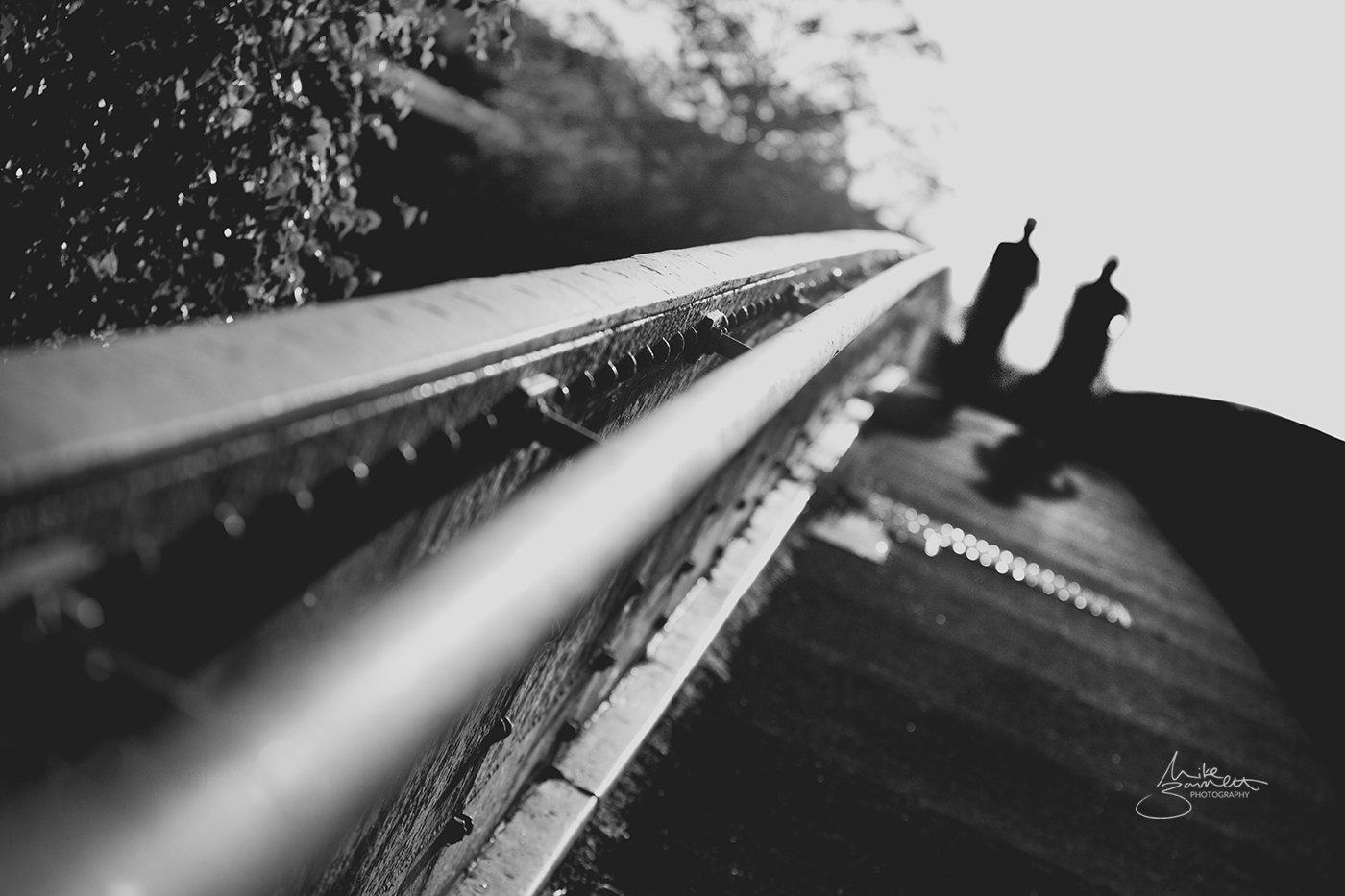 One of the beauties of black and white photography are those fantastic contrasts that historically have had great meaning across all types of photography. A trick that is used to inform the viewer where to look next when surveying an image. Quite literally taking the viewer on a journey of discovery within the borders of an image. Another is the distinction between high and low key images and the stark difference between the absence or availability of light. This has always been very relevant in black and white photography and can be used in fundamentally different ways to represent hugely differing moods. A great trick would be to try and evoke the same mood using these extreme opposites. Especially through a series of images that deal with one subject.

In black and white photography you can also use a high ISO as a tool or style rather than just a mechanism for adjusting exposures in low light. High ISO’s means a grainier image that will mimic those old black and white images that were made at the birth of photography, much like the first daguerreotypes back in the mid 1800’s. So maybe there is a huge amount of nostalgia that is generated when the viewer casts an eye over a monochrome image. Something that is ingrained in our psyche.

One of the reasons I love this art form is that you have far more opportunity to fetch out the detail or indeed lose detail within your compositions. You can play with all the tonal values across an image and be wonderfully bold and subtle in your creativity in the same instance. Black and white photography is a fascinating arena. For me, there is something inherently charming about a good black and white photo. Something compelling, robust and persuasive. Something beautiful.