It was a cold, cold night. Freezing actually. Snow and sleet showers were sporadic and yet my friend, fellow tog Graham Binns and I decided it was a good time to go out and take some photos.

We wanted to get some images based on traffic movement at night. Light tracers derived from long exposures against a cold, black night sky.
This turned out to be somewhat difficult as there was hardly any traffic on the roads. It had been a really bad day for people trying to get home from work many of which had abandoned cars in a bid to make it home and get some warmth back into their bones. It hadn’t been a particularly bad snow fall, in fact in many areas most of it had thawed. What had made things decidedly difficult during the day was that the temperature had dropped well below zero on a couple of occasions, freezing water on the roads turning it to black ice. It had then snowed on top of that ice and which had made driving conditions ridiculously tricky. Some cars had turned over, buses had got stuck etc.

We dug our heals in somewhat and stuck it out, even though we were getting colder and colder by the minute. Despite the conditions we were having a great deal of fun moving about from place to place in a bid to get a couple of decent shots. It was getting late and the handful of photographs that we had taken were nice enough, but I certainly felt that I needed something more. In a last ditch effort to get something worthy of the evenings efforts we happened upon a bus shelter while driving into a local town. We texted the number on the shelter to find out if there was another bus coming our way. It was quite late and we had wondered if all the buses had stopped running, especially due to the weather conditions. As it turned out there was one last bus heading our way and the text service had given us it’s time of arrival. So we drove into town to set up the tripods in order to capture the passing light when the bus eventually did turn up. Sure enough it came into view in the distance as promised and I managed to get my best shot of the evening as it moved past us. The leading lines in the resulting image are just insane. All of them leading to one vanishing point. Such a great shot to get at the end of the evening, which is this first shot in this handful of images taken on the night. 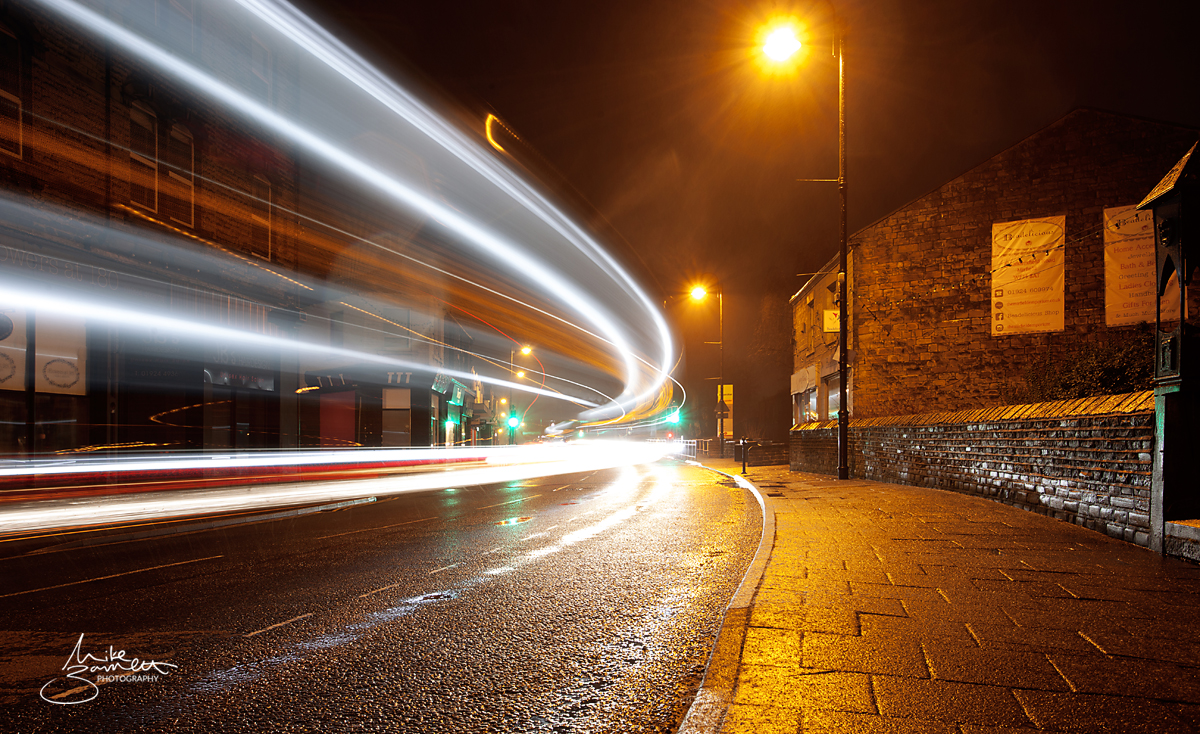 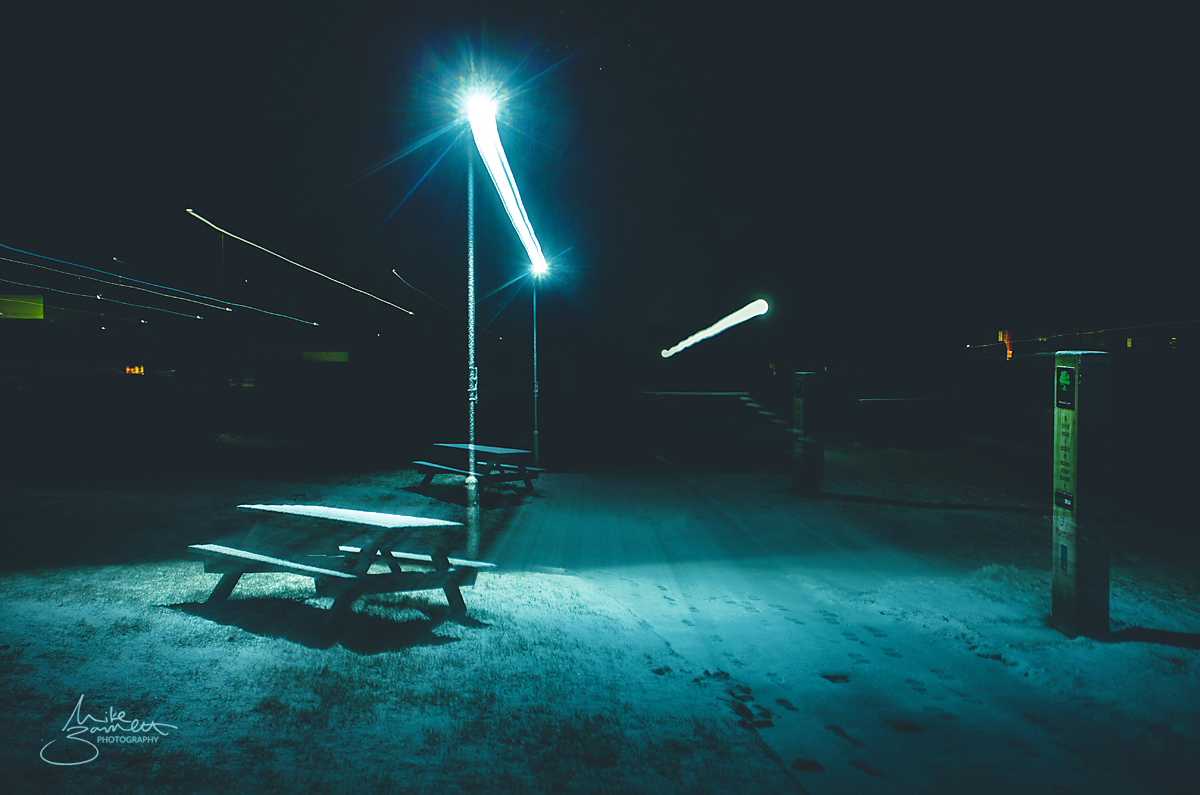 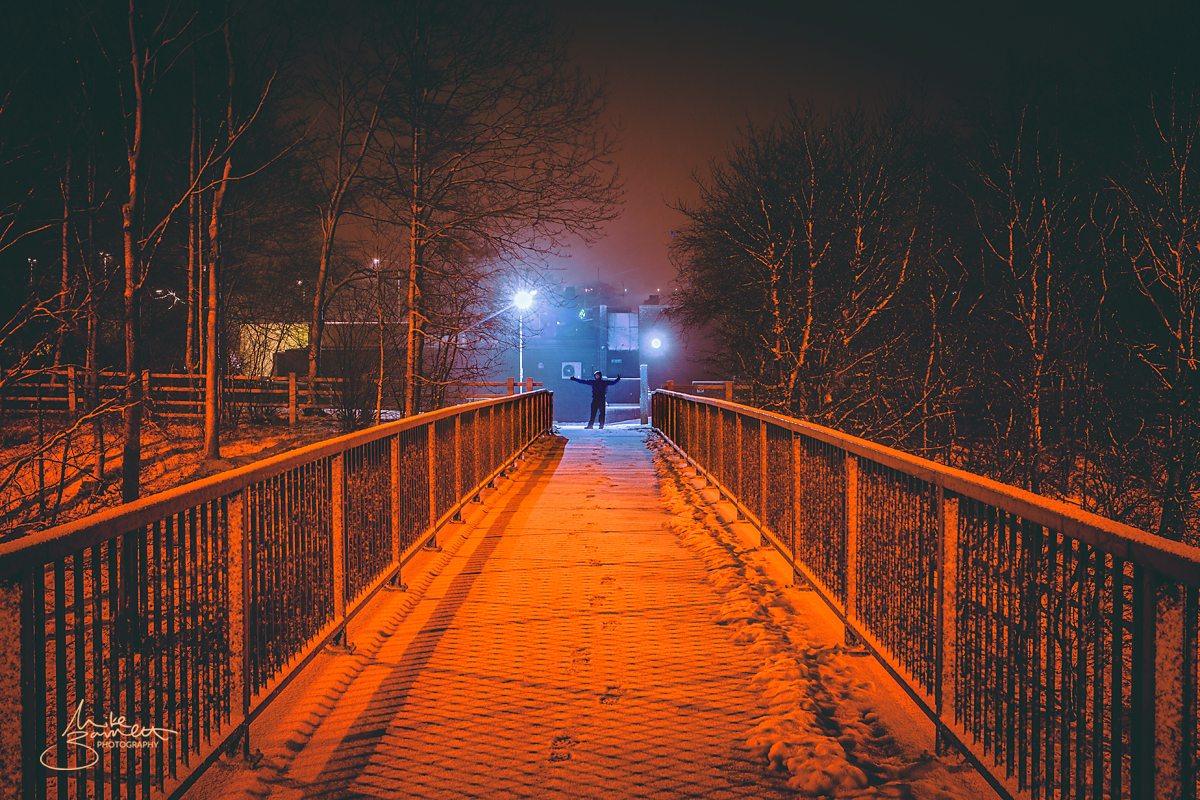 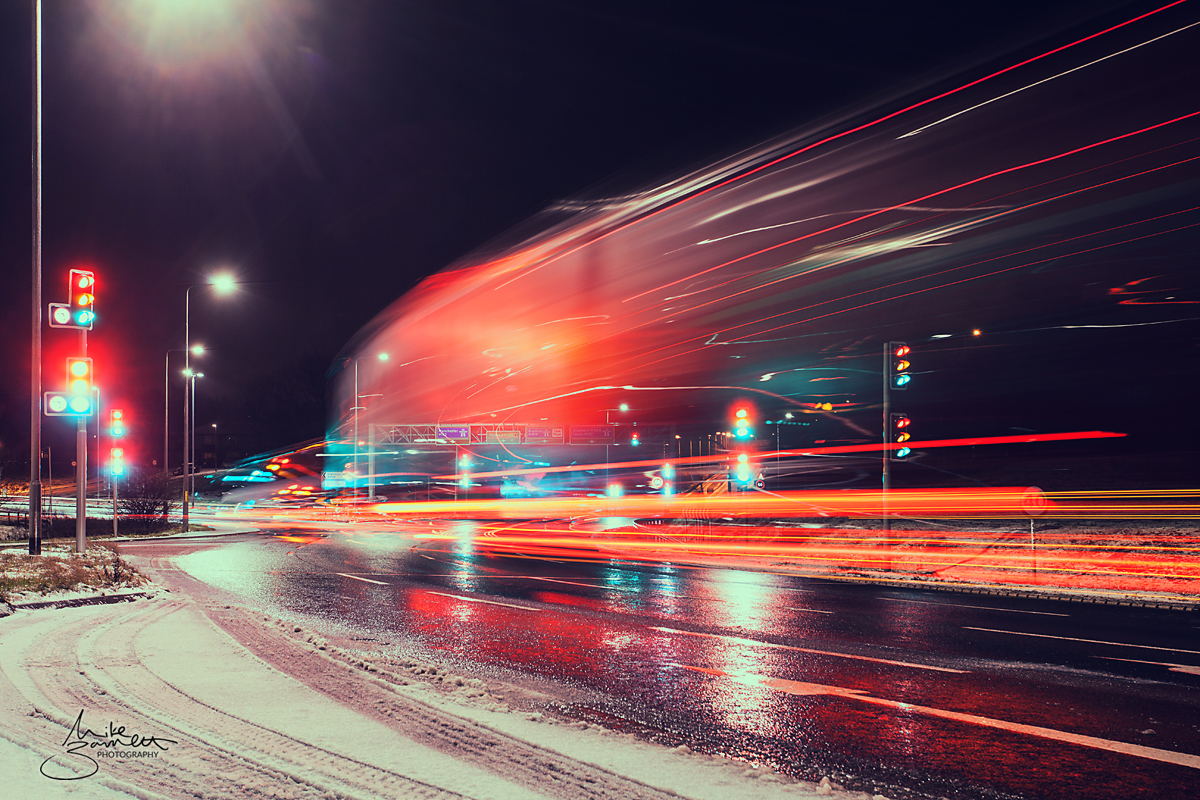 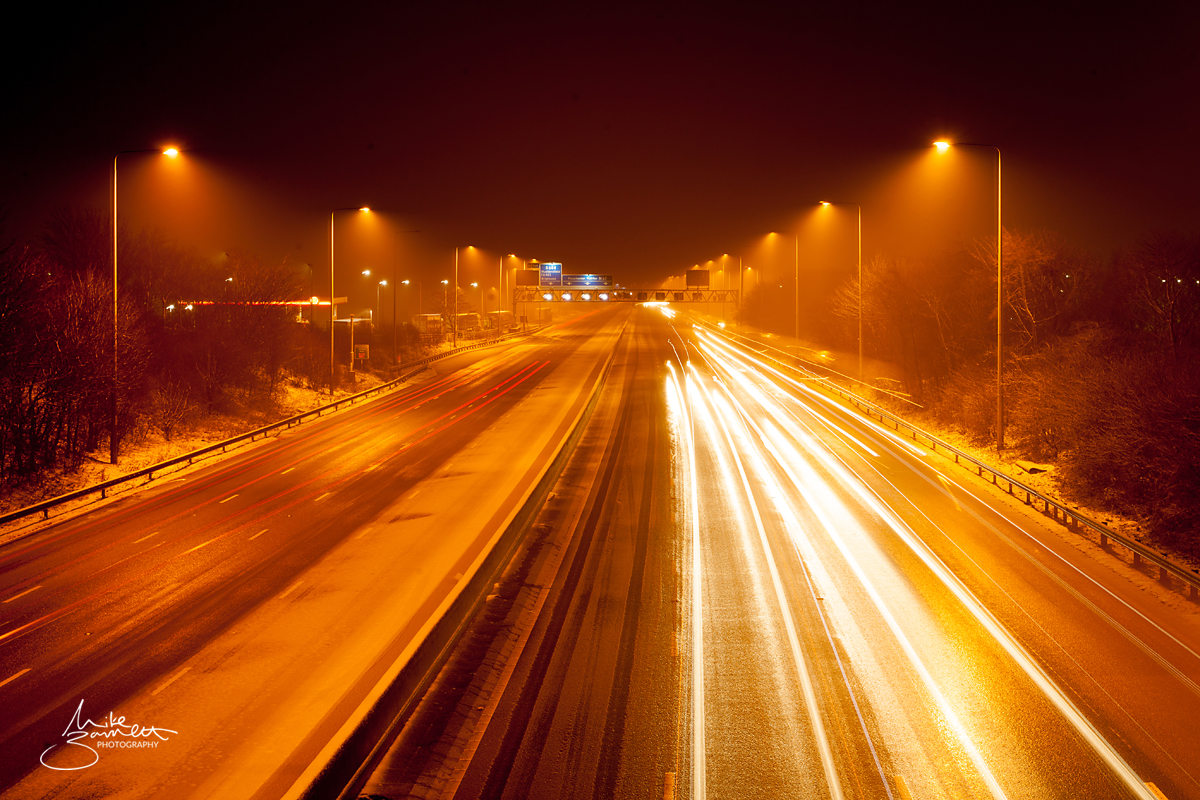