I have been working on some Lightroom Presets which will be on sale soon. Look out for them in the coming weeks. I created one called ‘Here Comes The Grain Again’. A monochrome preset that mimics a high ASA (American Standards Association) film. You might be more familiar with the abbreviation ISO (International Organization of Standardization), more commonly used in Digital Cameras. A high ISO/ASA offers a higher level of light sensitivity when the camera makes the image. This essentially allows photographers to shoot at higher f-stops or indeed with faster shutter speeds, especially in low light conditions. In fact it’s a great way of getting better results from your camera in low-light situations. The trade off though is that images will often turn out grainy and have a more high contrast finish to them. In the digital world this has been a bit of a taboo in the production of photography. Photographers have demanded better and better quality sensors in cameras in order to make less grainy images while shooting in low light. However, grainy images can also be viewed as a style, something that adds character or textural interest to an image. This brings me neatly back to the Lightroom Presets that I have been developing.

This is the first monochrome preset I have made. It’s called ‘Here Comes The Grain Again’ and will be part of a set called Monopods. I liked it so much I had to try it out across a range of images. I came across a folder of RAW files, images that I took earlier this year while out in the Peak District. I got an assortment of moody shots of my brother Jake, and a couple of my daughter too, standing up on the rocks on the escarpment at Froggatt Edge in the Dark Peak area of the Peak District National Park. This preset worked very well with these images and made for some really gritty results which I liked very much. To add a little more drama to the finished images, I ran them all through Photoshop and overlaid some spatter textures from a bank of resource imagery that I have been developing, using and adding to over the years. Here are the results below.

Watch out for my Lightroom Preset Package coming soon. 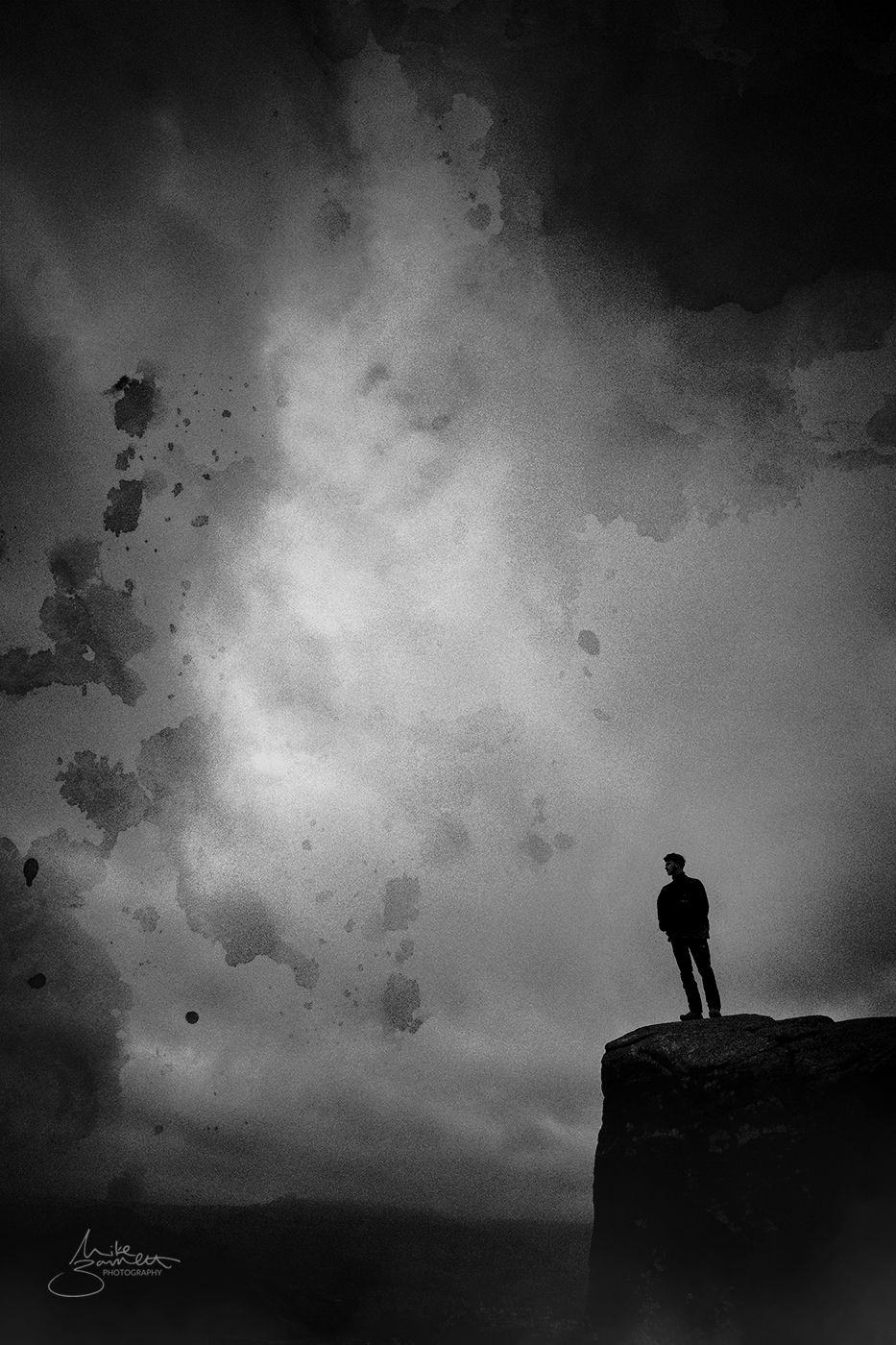 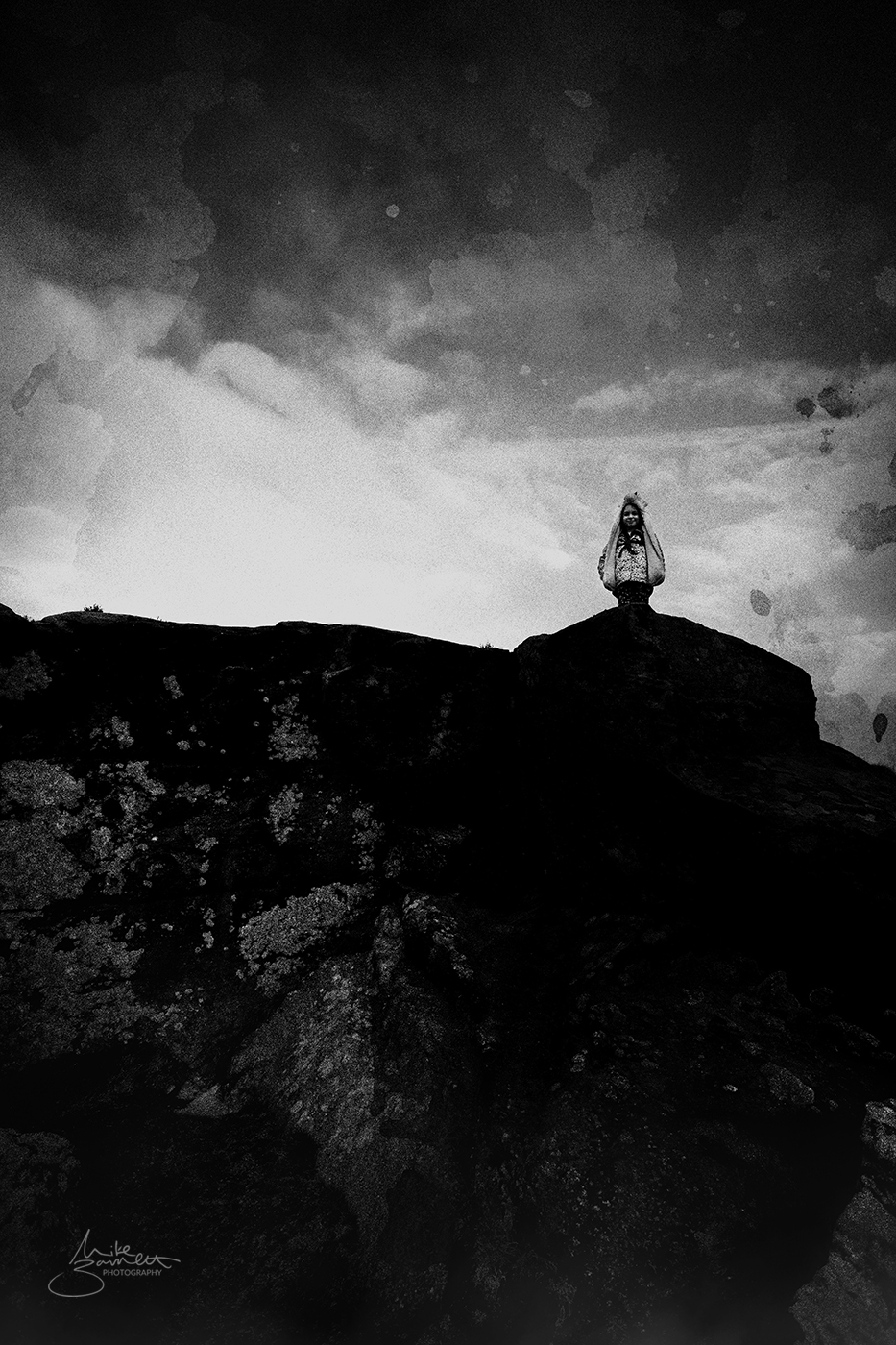 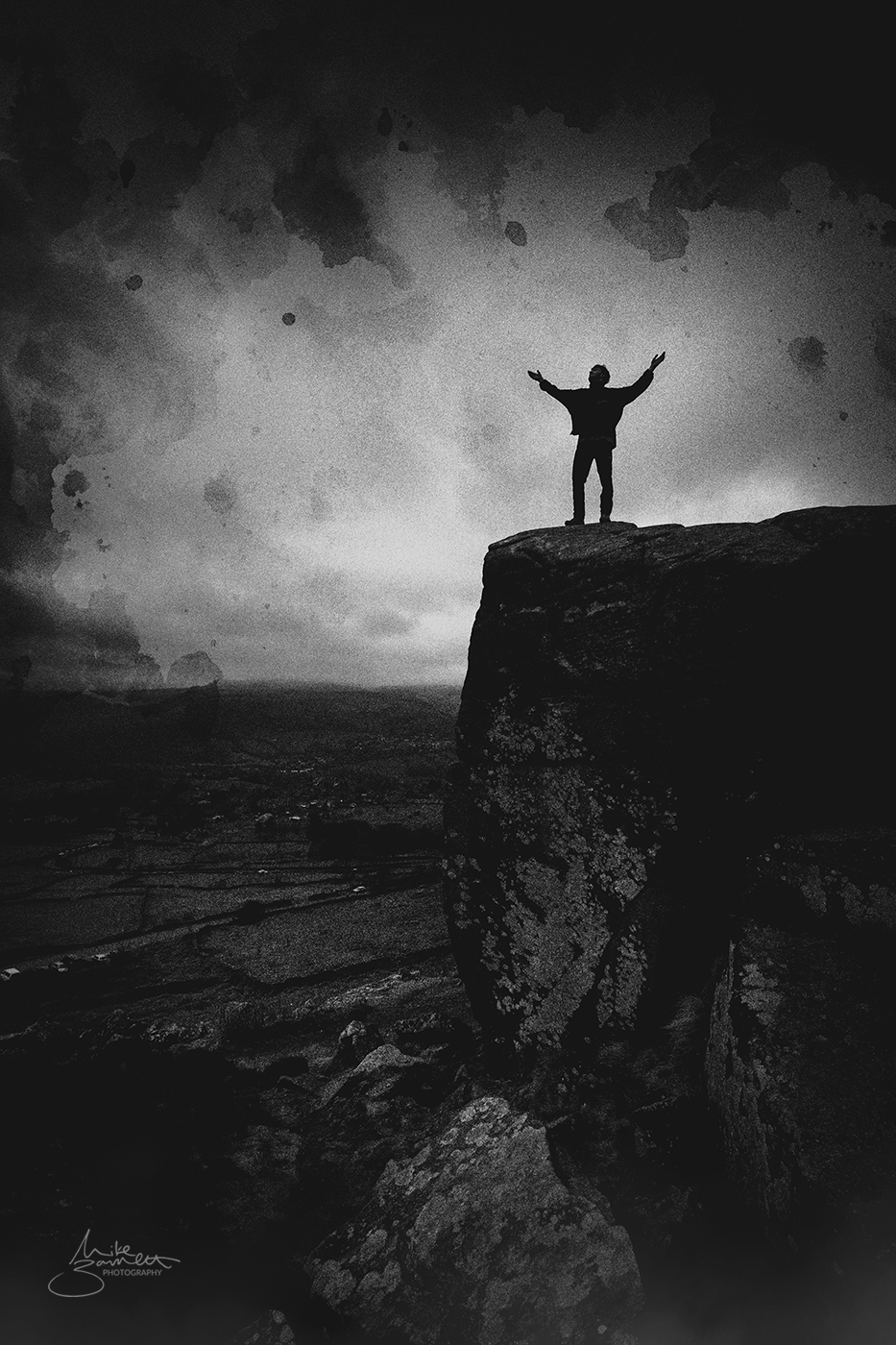 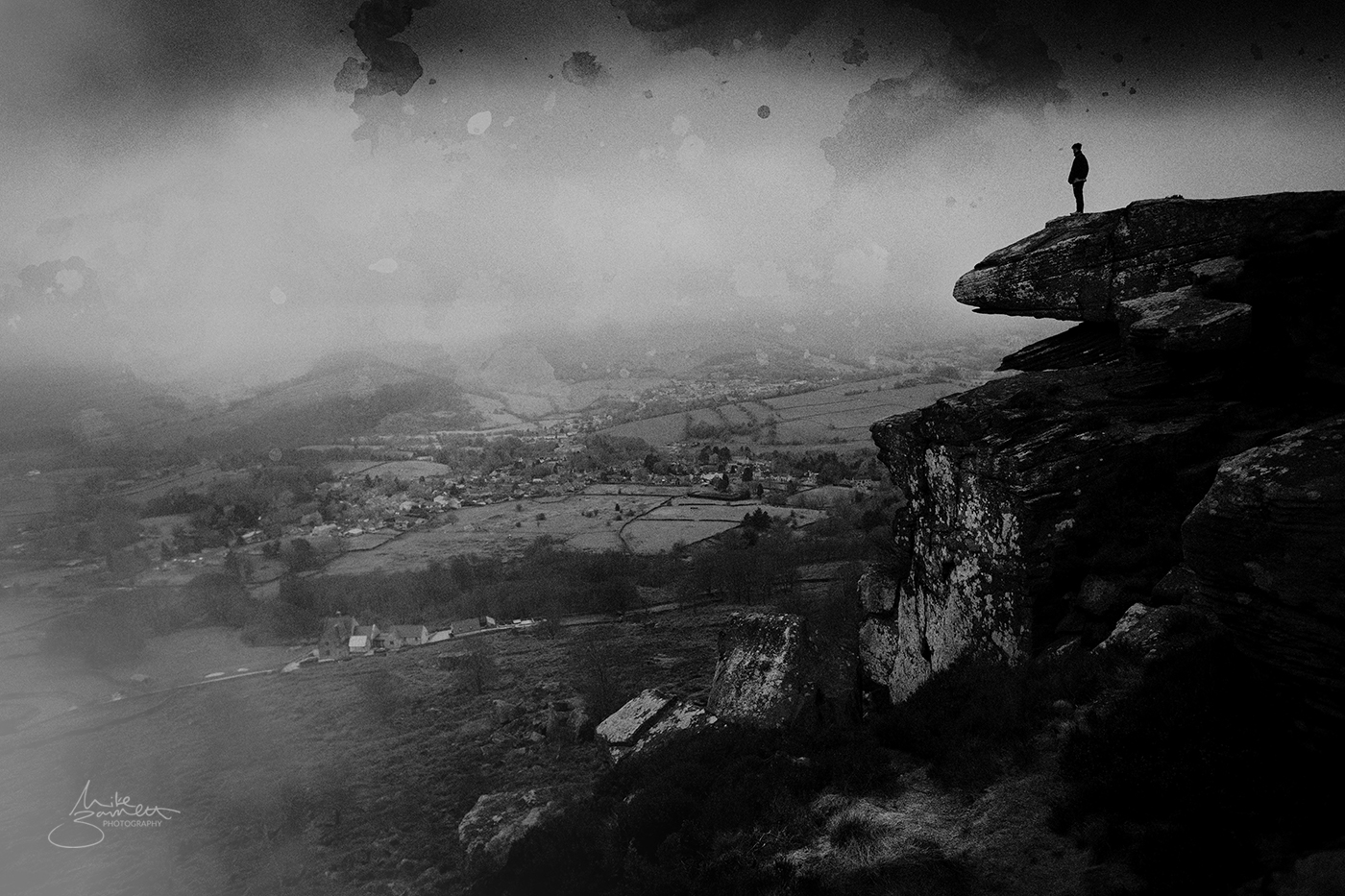 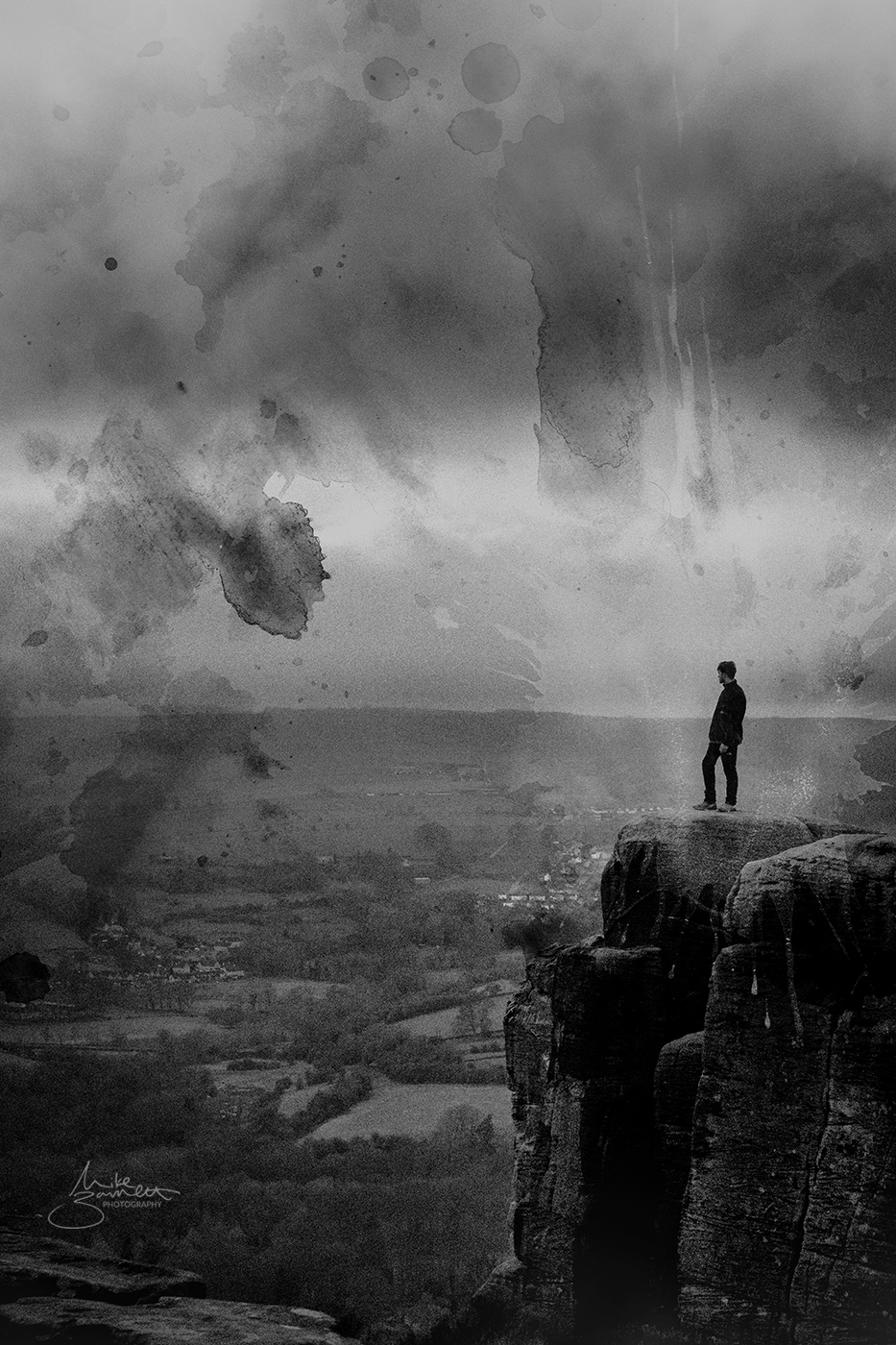