My father brought me this photo the last time he came up to visit. It is a photograph of his father Victor, my grandad, (left). The young lad with the pipe (right) is Alan, my grandma’s brother and Victor’s best friend. As you can see the image is quite damaged and rather small, measuring only 85mm / 60mm. There is also a small tear across the image from left to right. 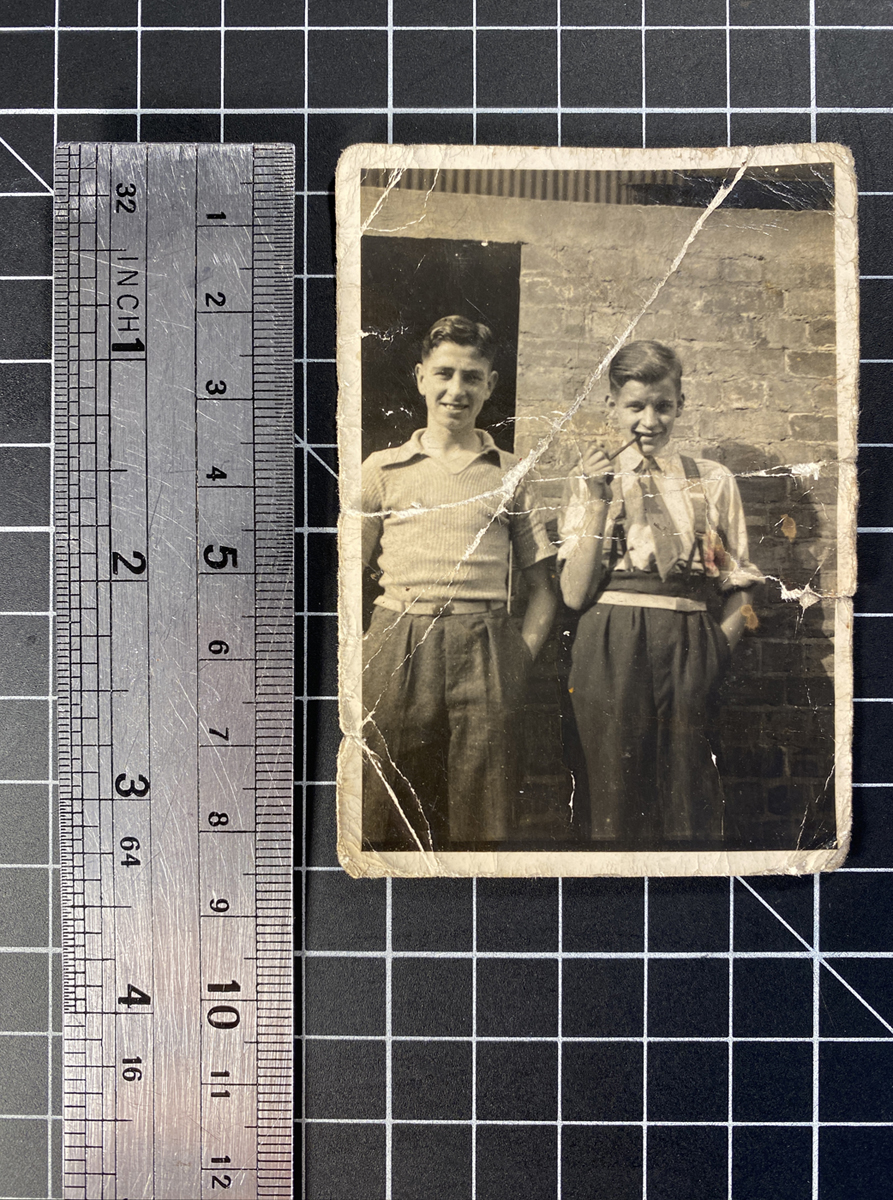 My dad has numerous photos of my grandad, most of which are post second world war. My grandad was a Royal Marine Commando and served with 45 Commando, part of Lord Lovat’s Special Services Brigade who landed early on Sword Beach, D Day, and raced to relieve the soldiers who had captured ‘Pegasus Bridge’ in the early hours of June 6th 1944. Here he is in uniform. 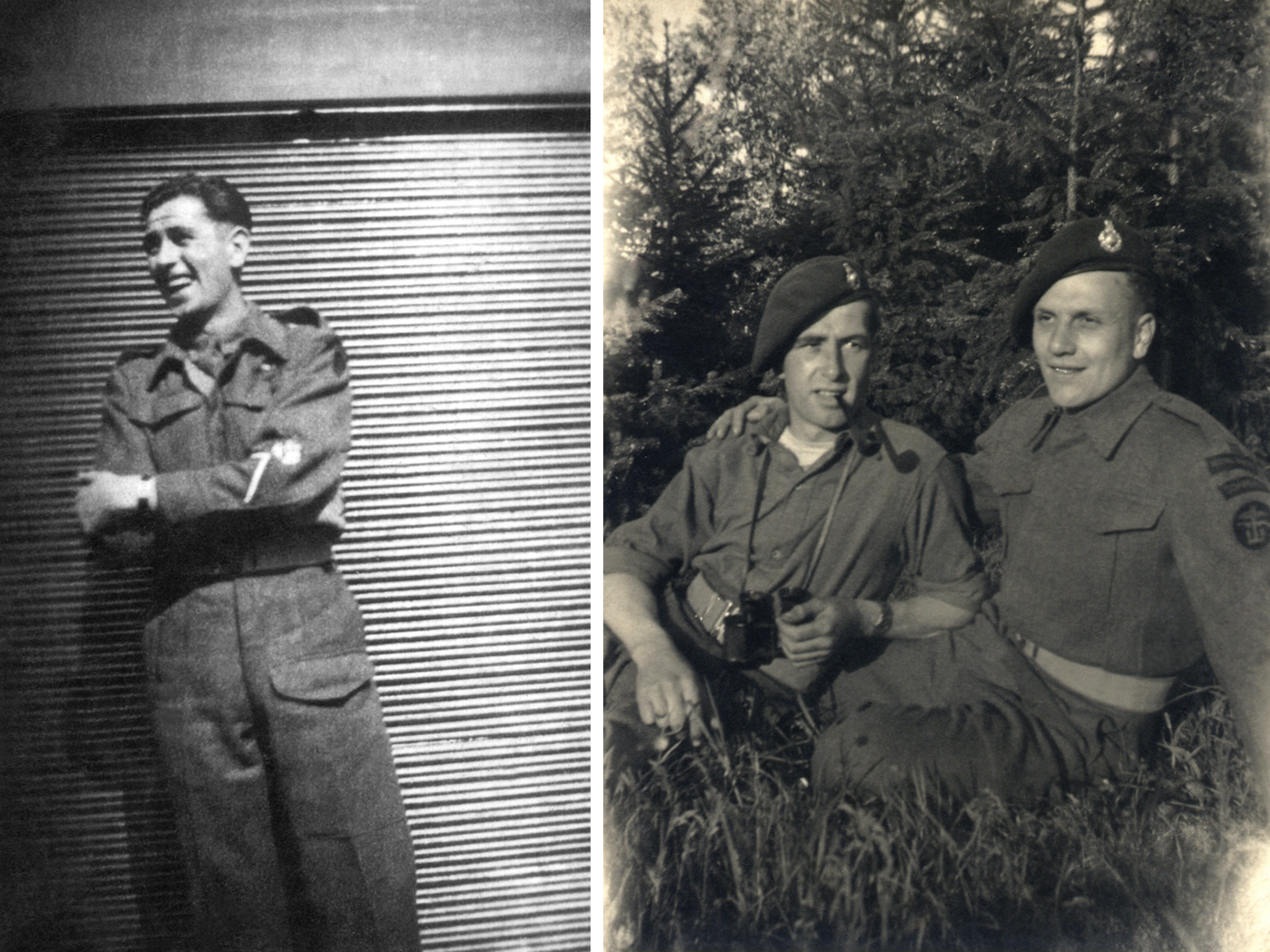 My dad recently came across this photo of his father as a boy. He found it while searching through items that were left to him after my Grandma passed away. We think it must have been taken when Victor was around 15 or 16 years old?

My grandad was born in October 1922, so this image must have been taken around 1937-8 just prior to the start of the second world war.

It’s a special image in many ways, not least of which because it is the only one my father has of his dad pre war time. Certainly the only one he has of Grandad as a young boy. 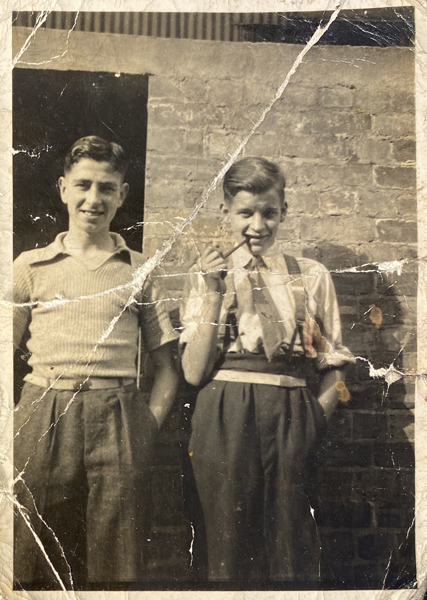 My dad asked if I could repair the image and restore it to its former glory. I said that I would be delighted to do so.

I first took a large scan of the image at 1200dpi after which I converted the image to 300dpi which changed the physical image size to 338mm / 237mm. So around A4 size at 300dpi. This gave me a good image size to work with.

It took quite a few hours to fix the photo using existing image data to heal the damaged areas.

The process was undertaken in Photoshop using the Spot Healing Tool, the Healing Tool and the Clone Tool. There was a little bit of jiggery pokery to sort out the image tone and slight colour modifications, just to bring everything together. I wanted to get as close to the original image as possible regarding tonal values and over all hue. 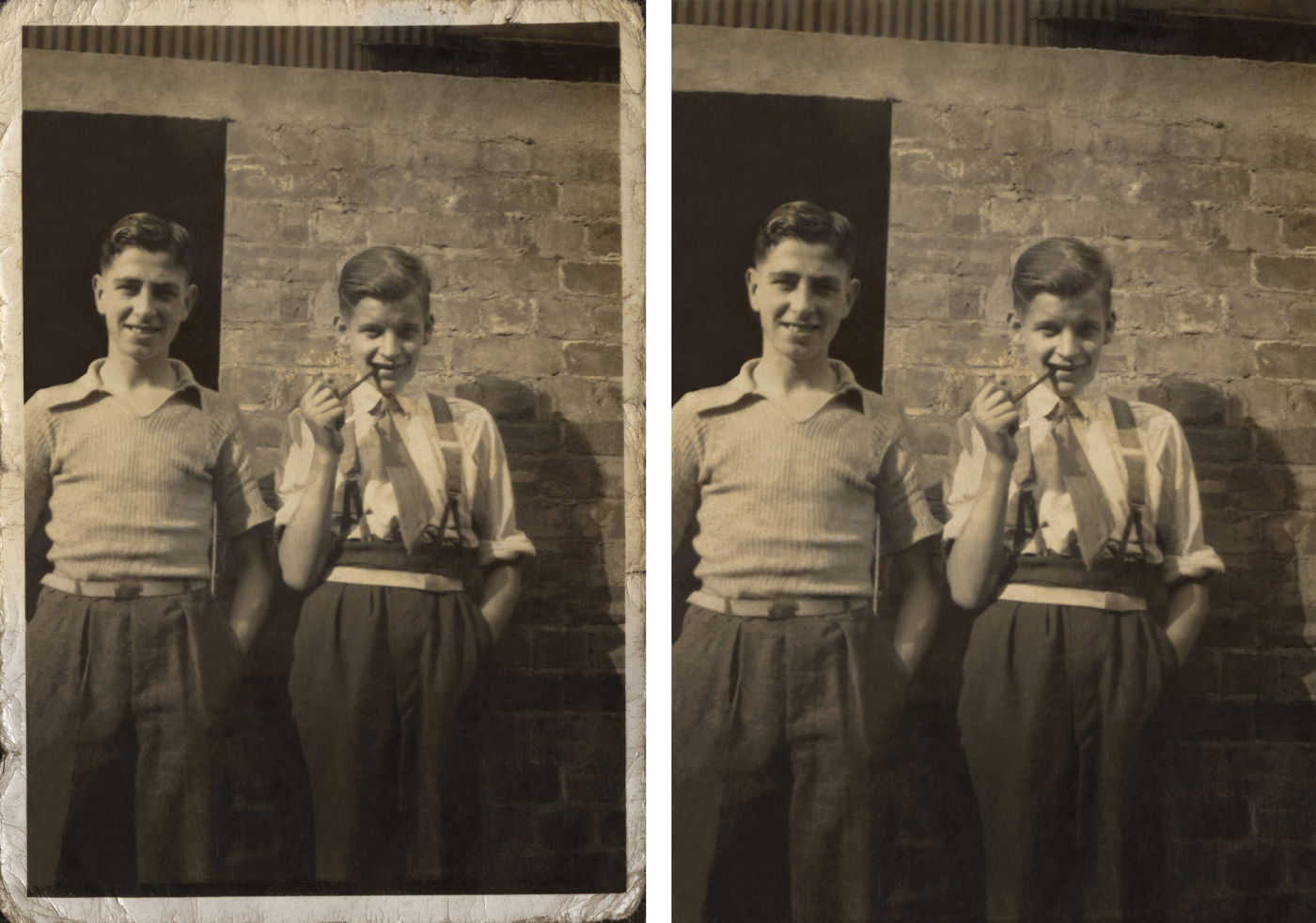 I was very happy with the finished image. A special image. An important photograph to me and especially to my father.

It was then sent off to be printed on Hahnemühle 308gsm photo rag paper as a Giclee fine art print, using archival pigment inks. After which it was posted to my father as a surprise present.

He phoned me to say that he had received it and was more than a little emotional. I was so pleased that he loved the finished image.

See the before and after gif below. 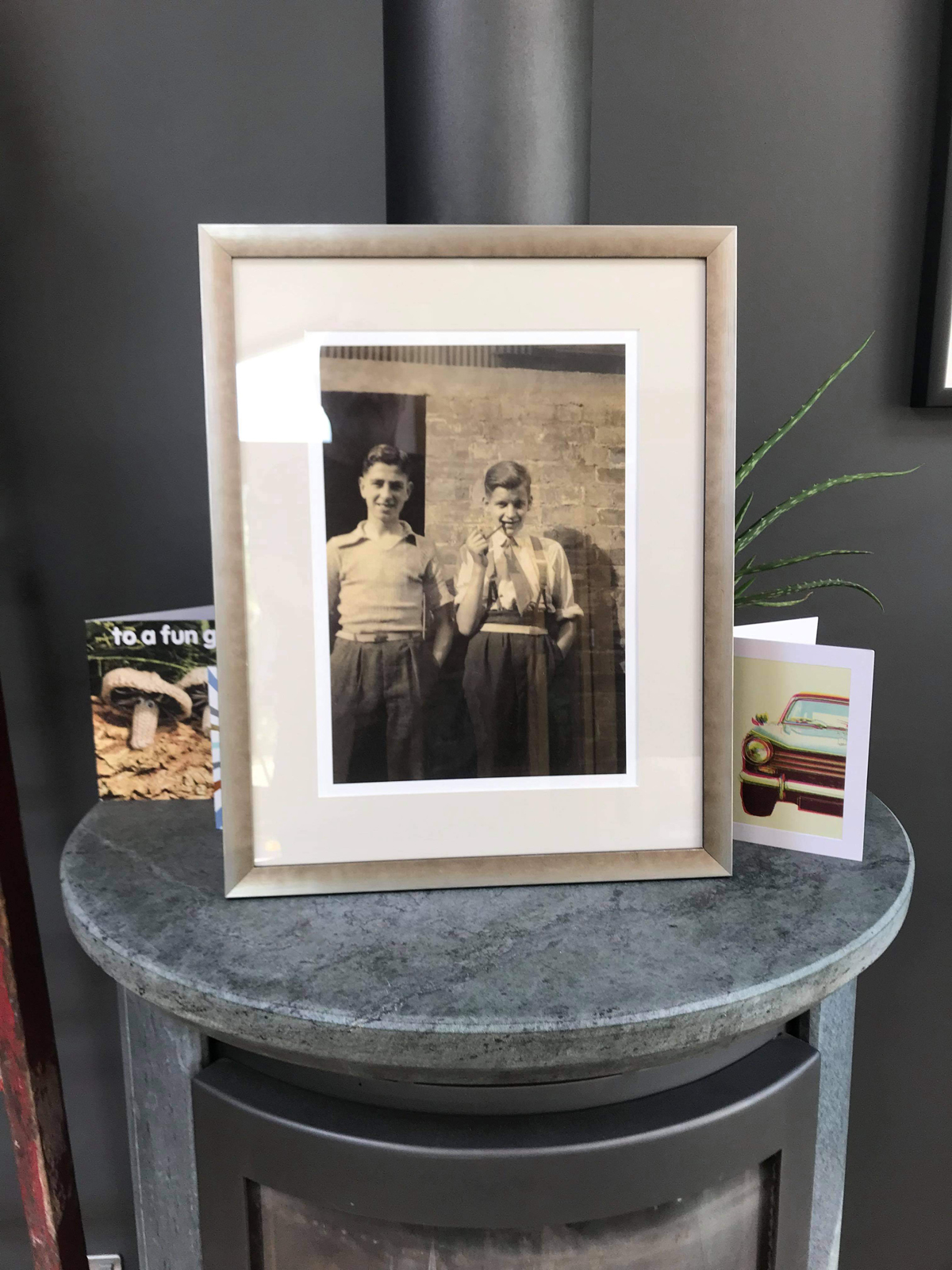