I recently visited Ilkley Moor. It is somewhere that I have been on numerous occasions over the years. A magnificent natural place of beauty. Visited by many people for it’s incredible panoramic views, fantastic trails for walking and for the fact that it is a site of special scientific interest due to its beautiful upland habitat for ground-nesting birds. Known also for the famous Yorkshire folk song “On Ilkley Moor baht ‘at”, (on Ilkley Moor without a hat) and not least for the Cow and Calf rocks, an outcrop of grit stones which stand beside an old quarry.

Back in April some fires were deliberately started on the moor land. Some 25,000 square metres of land were scorched to a blackened wasteland. The destruction of the habitat was plane to see even though many weeks had passed after the event. It was reassuring to see nature returning in abundance bringing with it new hope and new life. That’s the beauty of nature. It will repair itself.

I wanted to capture some imagery that illustrated the resilience of nature and the power it has in the face of adversity. There were new fern shoots popping up all over the place. A carpet of them in fact. It was clear that flora was returning to the damaged land and in that, it wouldn’t be long before nesting bird and other wild life would again find safety and sanctuary in the returning vegetation. My intention was to isolate a single new fern shoot and juxtapose it against the scorched and blackened earth in order to make a visual communication about the power of nature and its ability to revive and replenish itself. I’m really pleased with how these images have turned out.

As a photographer I always try to find the beauty within the world around me. It’s not always an easy thing to achieve. It was my desire in this instance to capture the idea of hope. The notion that, all is not lost! 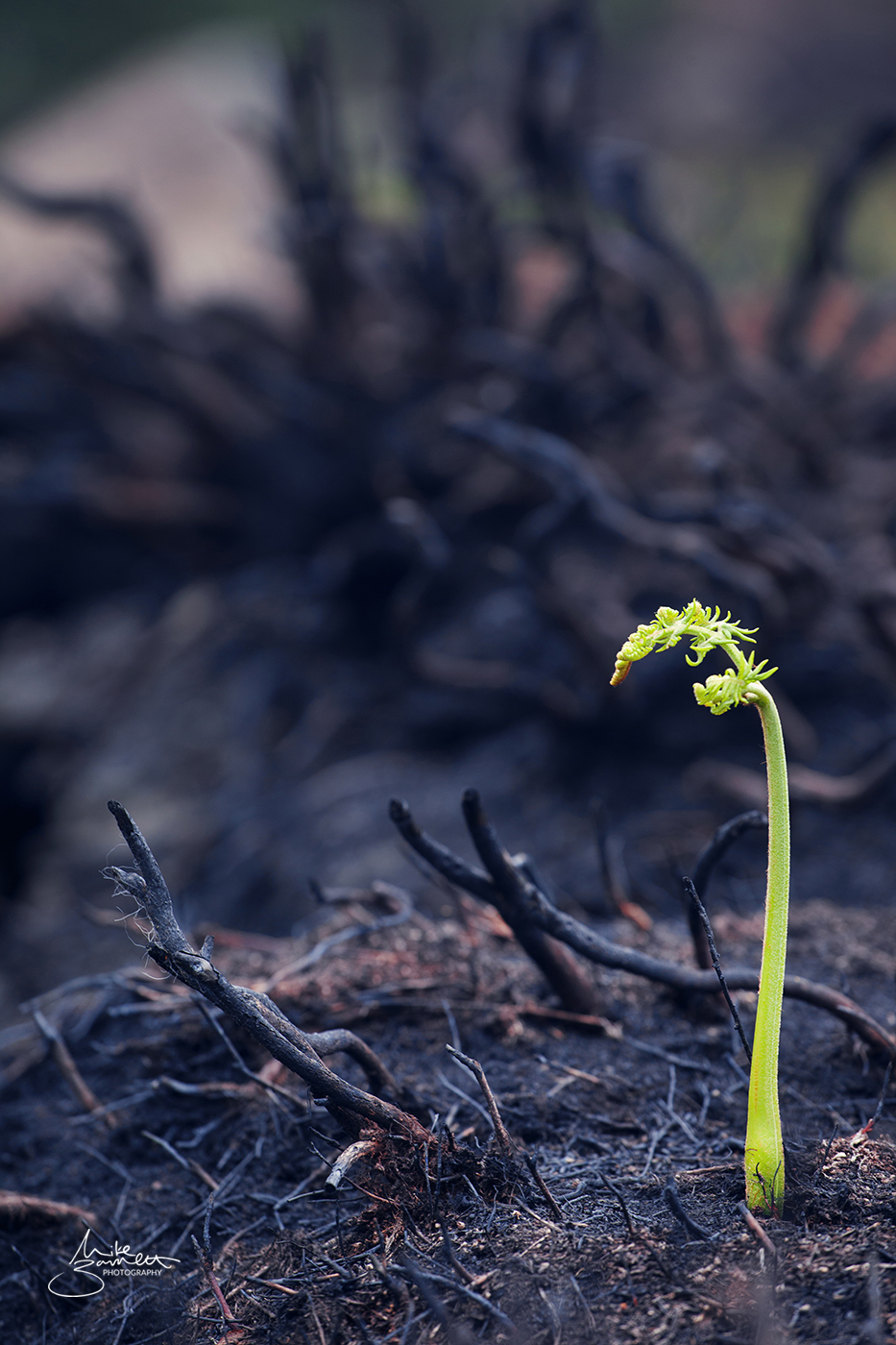 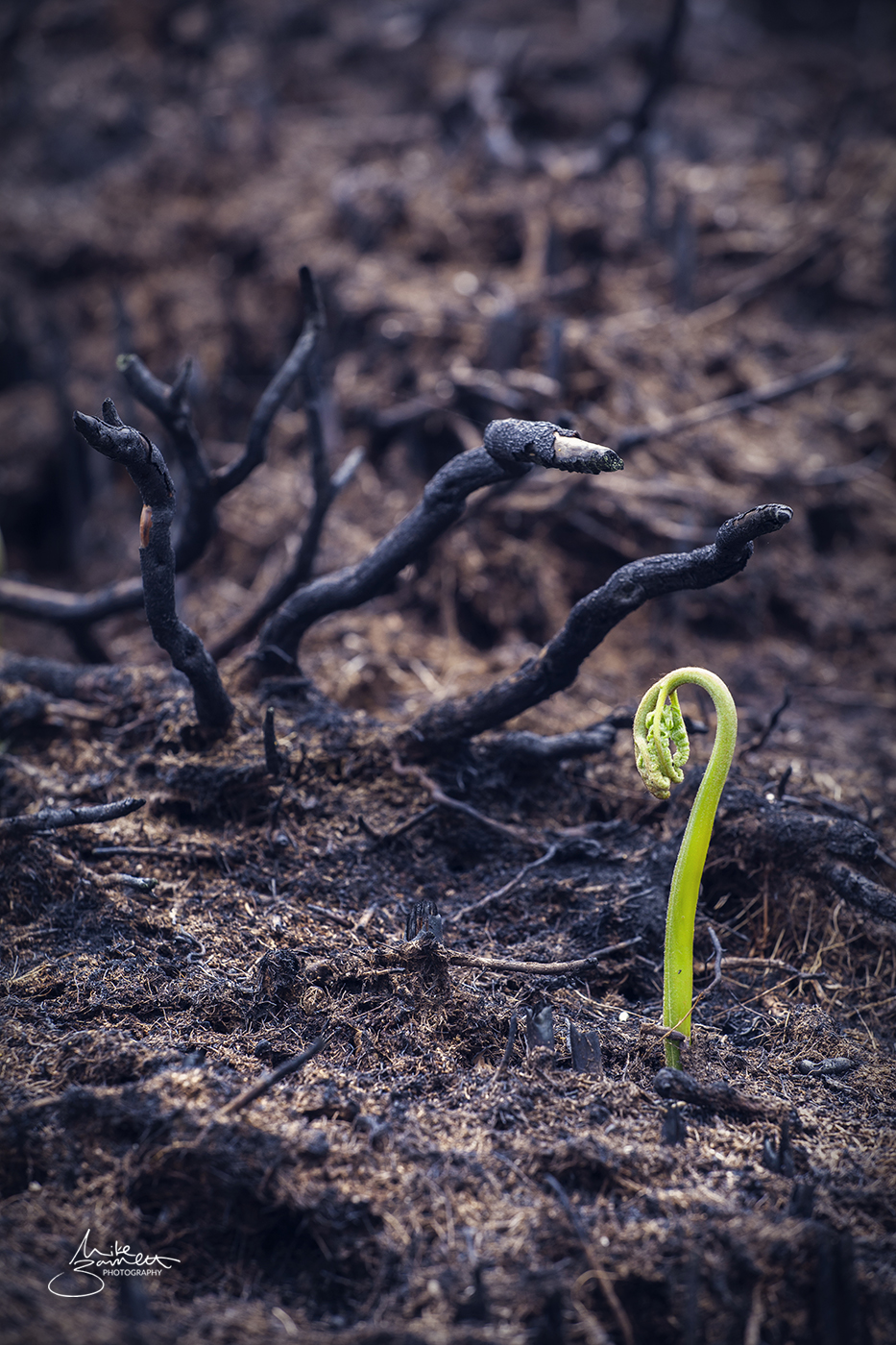 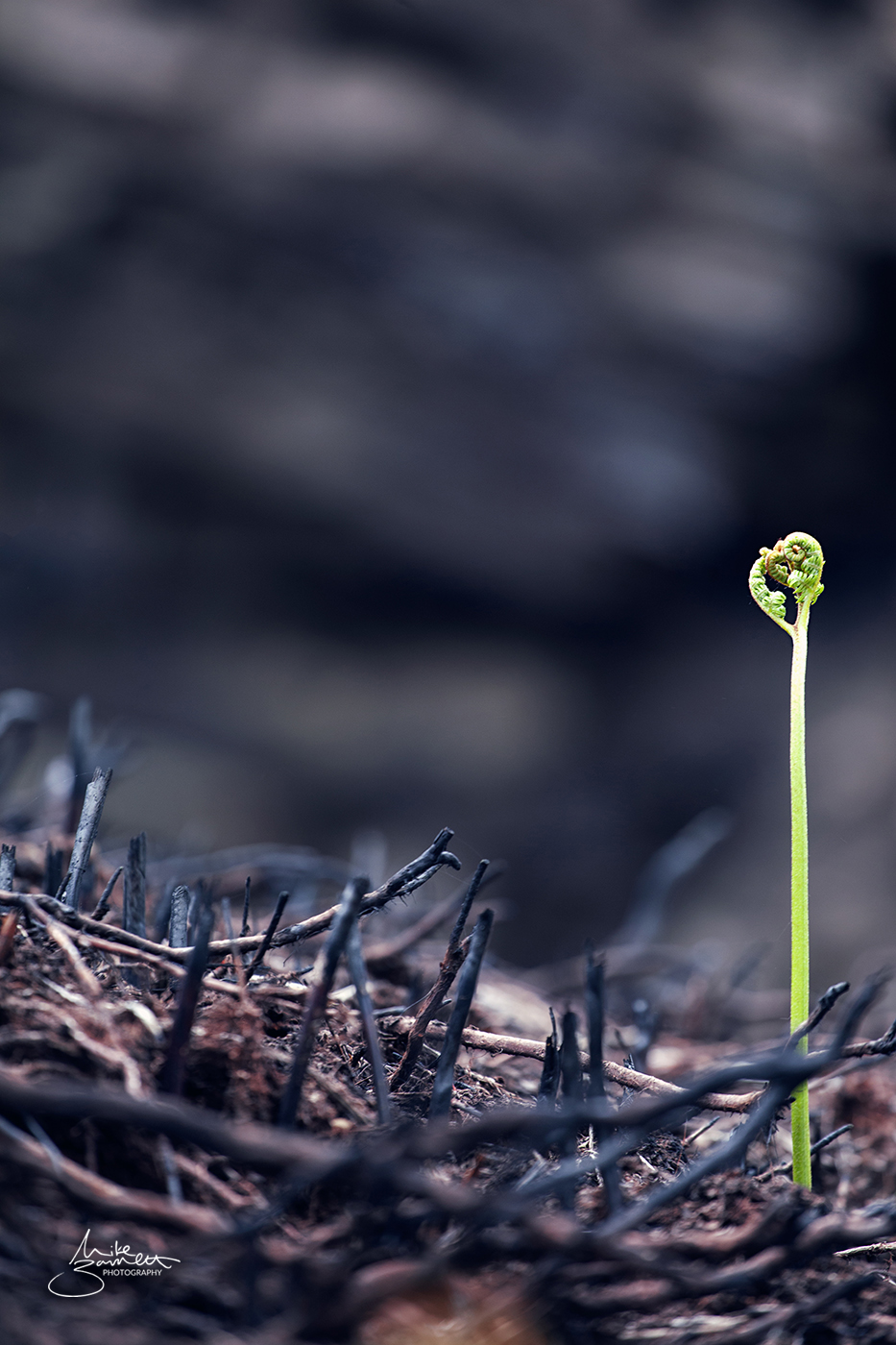 I made a YouTube video explaining a little bit more about my experience on the moor.