I have been messing around with my old Canon A-1 SLR camera recently with a 50mm 1.8 portrait lens. I chucked a roll of Ilford HP5 400 film in it and have been taking it around with me on my travels. These five shots below are all from the first roll of film that I have reeled off for many a year. I absolutely love the grain in these images. Indicative of the film I was using. It’s been a while since I have shot black and white film. I’ve loved using this old camera again. It’s such a different process from digital in so many ways, while all the principles of photography remain the same. I have currently got a roll of Kodak ColorPlus 200 in the camera now. I am looking forward to seeing what’s on it when I take the film to be developed. That’s part of the fun for me. Finding out what have I taken?!

Images from the Ilford HP5 400 Black and White Film 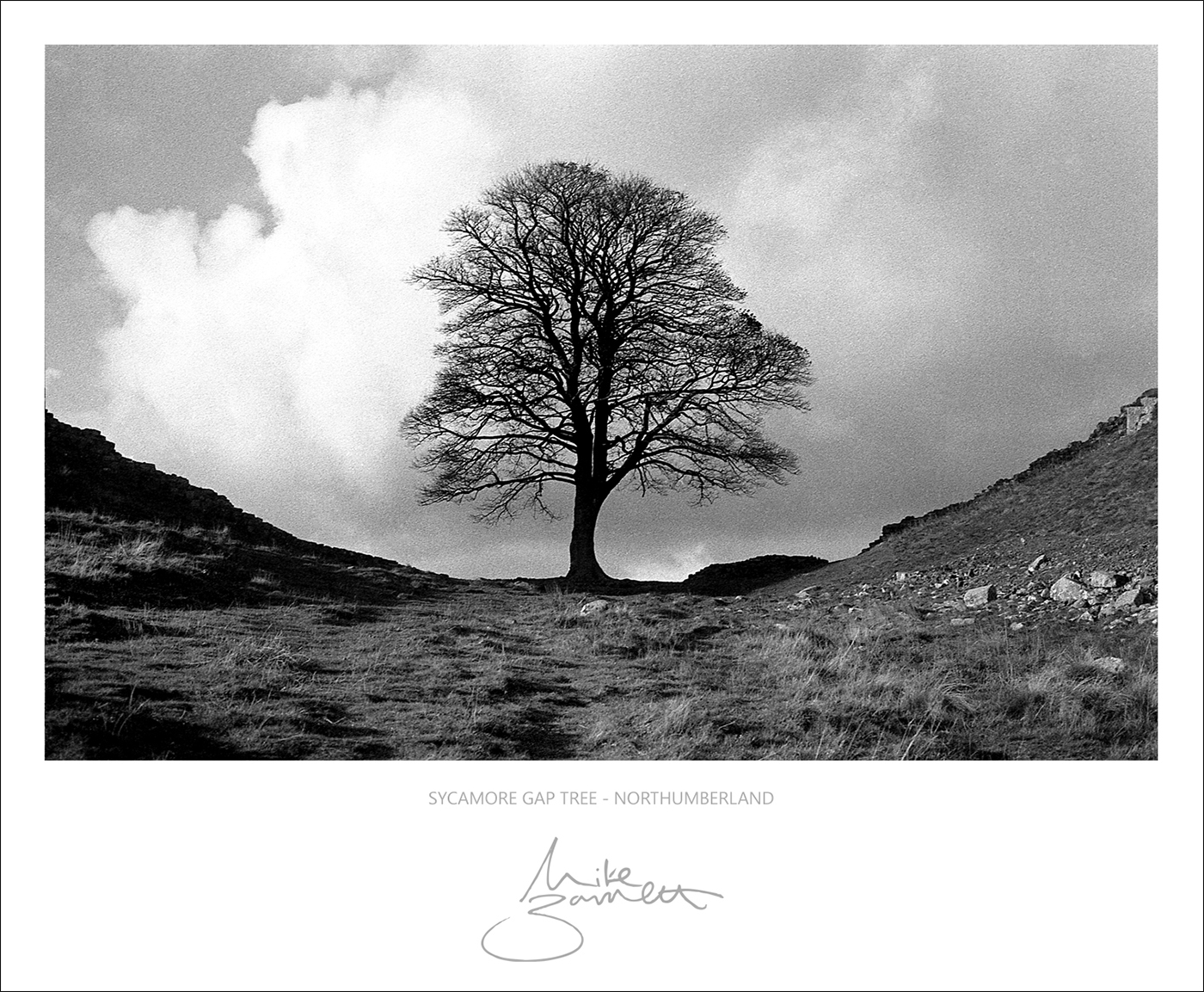 This Sycamore Gap Tree shot was taken last year while I was up in Northumberland. It was hand held. I had my main kit set up on a tripod next to me in order to capture the shot digitally. I had my Canon A-1 with me also, so I got this snap. I love it. 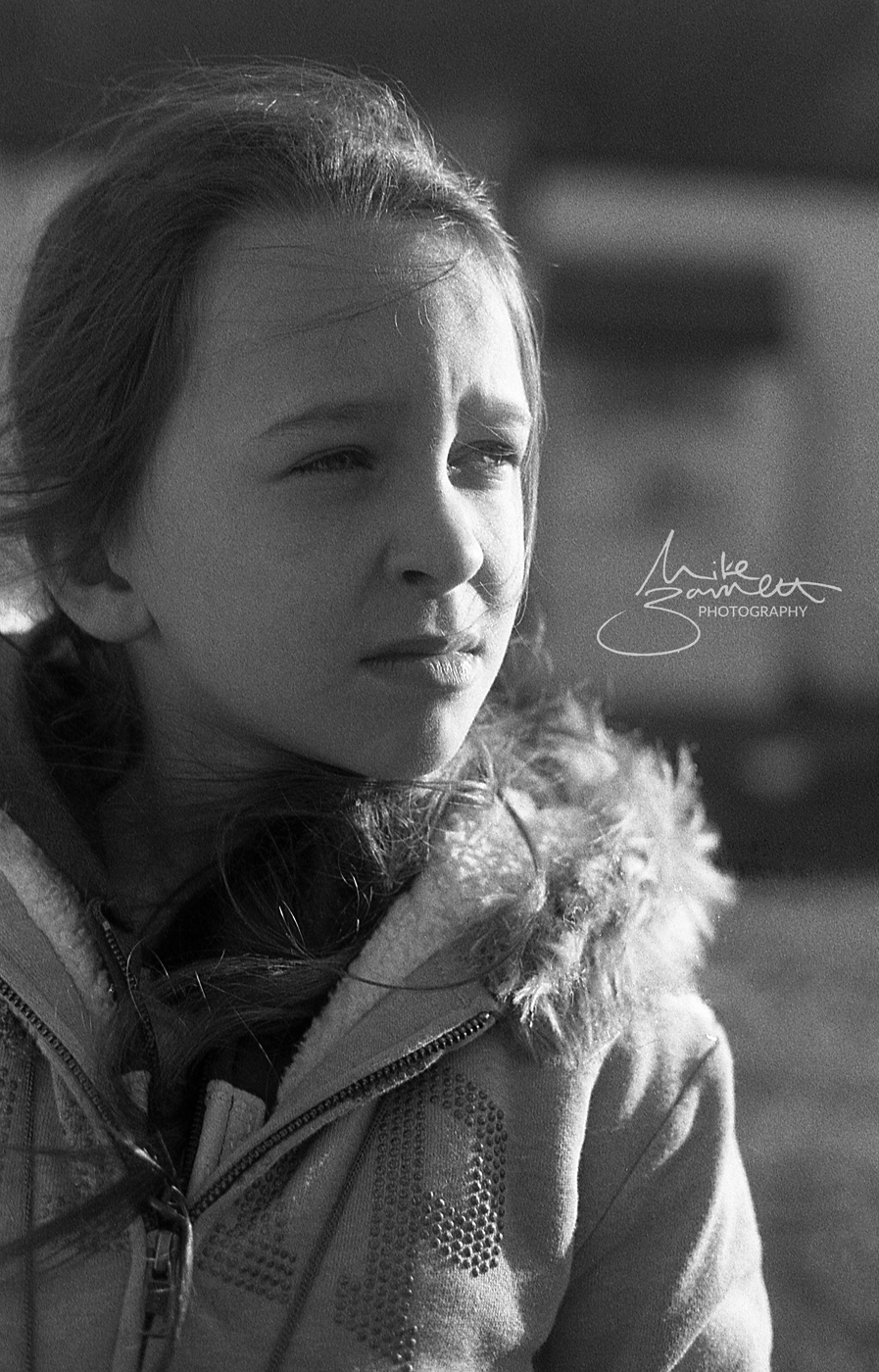 I grabbed this shot of my daughter looking all thoughtful and concerned while on holiday last summer. 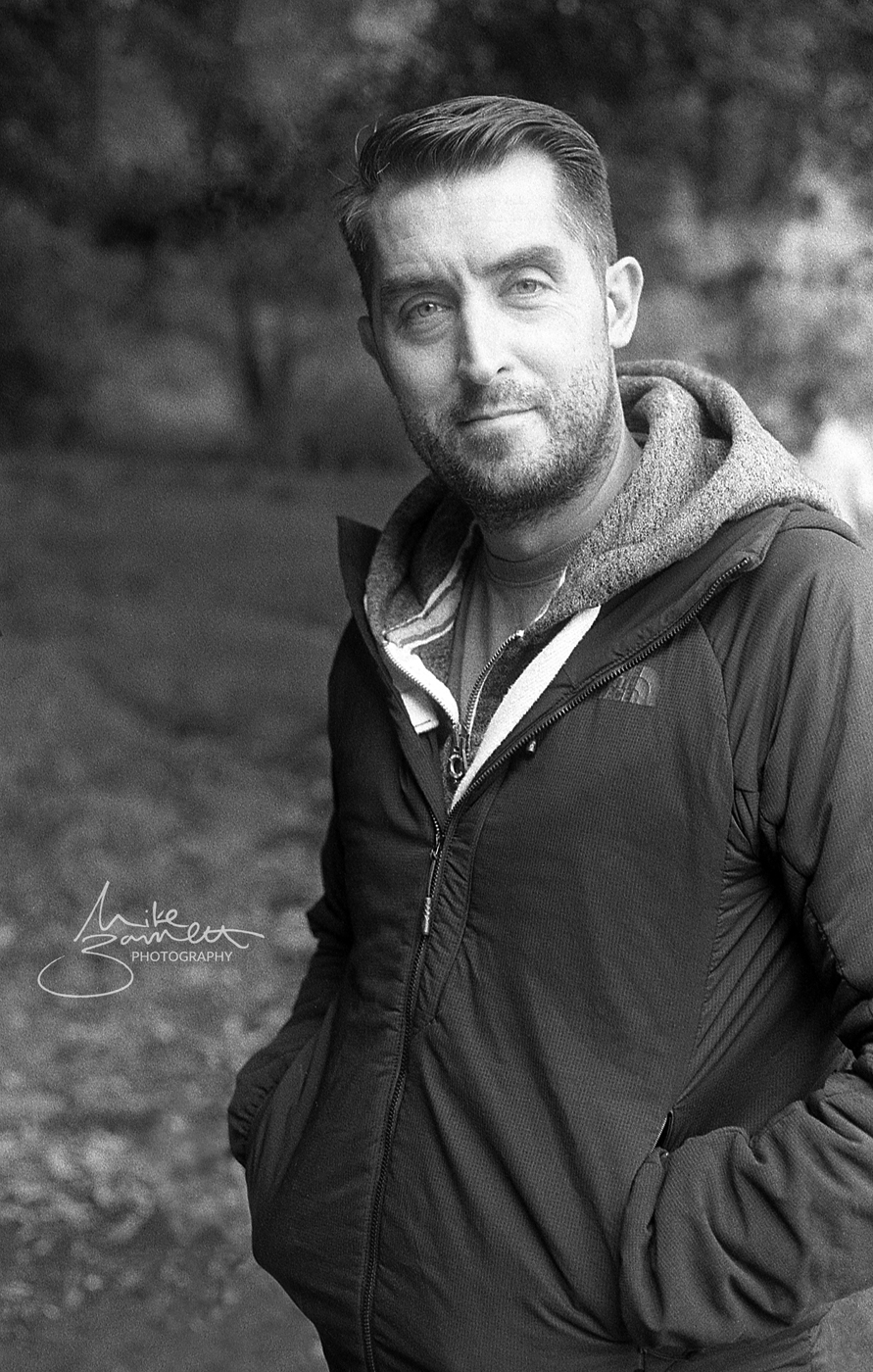 This is a portrait of my buddy Graham. I took it while we were out on a photo shoot together. 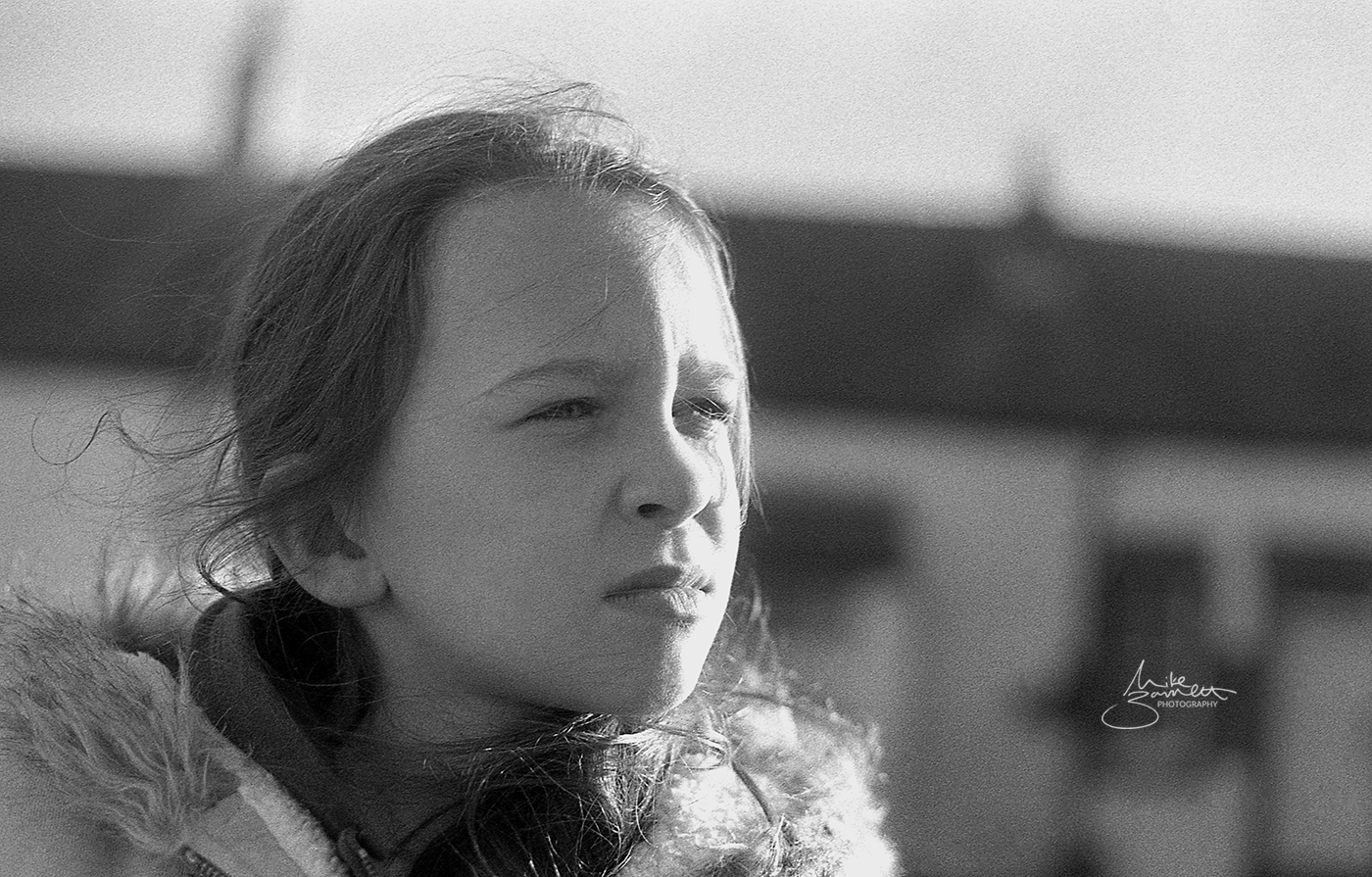 A similar shot to the other one but this time in landscape. Very slightly different mood. I like the subtle difference in her expression. 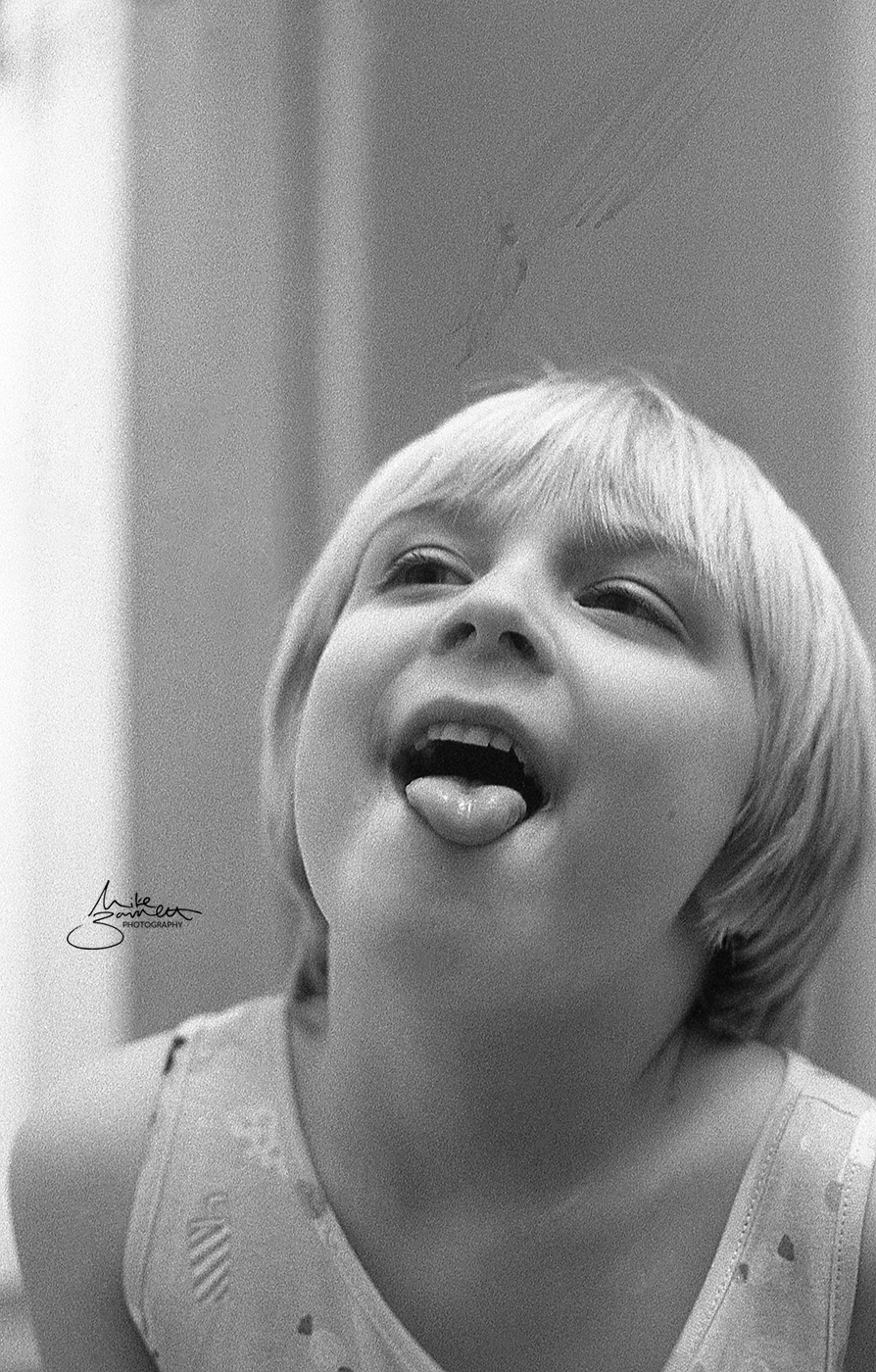 This is a portrait of my friends lad, James.

The truth is, if you’re a keen photographer with a love for the process, going back to the old way of doing things and starting to play around with some of the lost art of developing and processing can be a rewarding and somewhat cathartic journey. I say lost art, but I have been made aware that there are still many photographers involved with film photography and indeed there are many dark rooms across the country that are still in full swing. It’s good to know.

Looking through my archives I came across a project I did way back when I was on my Foundation Course in 1994-95. With some rudimentary guidance, we were all given a roll of Ilford HP5 Plus 35mm Black and White film and the use of an SLR camera. At the time I had recently acquired my Canon A-1 SLR and opted to use that instead of the clunky looking thing that had been offered to us on the course. We were taken through the basics of film development and darkroom use and told to go away and deliver a project. I chose to do mine based on ‘The Reading of Books’.
I then embarked on a journey of exploration that I was absolutely fascinated with. A love of photography was certainly instilled in me that never went away. 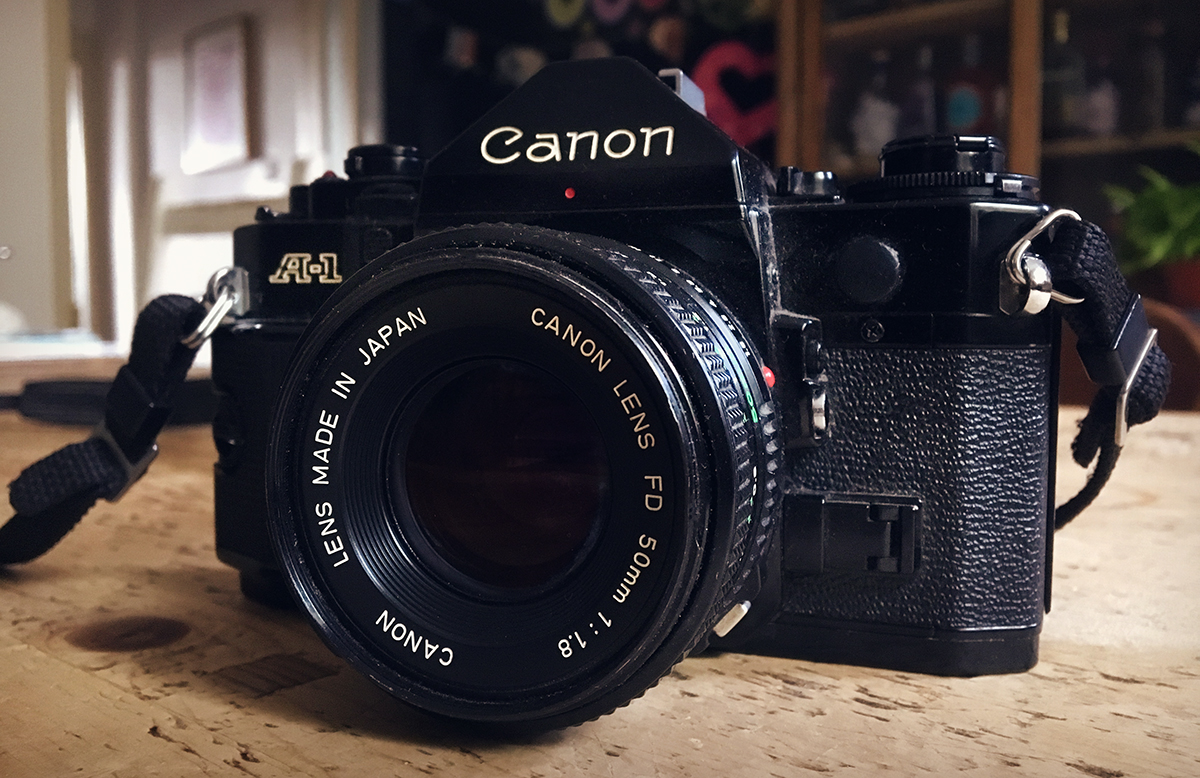 My Canon A-1 SLR camera. An absolutely wonderful bit of kit.

Contact sheets and prints from the photography project I did back on my Foundation course in 1994-95.

The final project artwork ended up being some screen print piece that had been derived from the imagery that I had made with the camera. Alas, the artwork is long gone, but I have always kept the negatives and the prints that I made during that project.

We had to develop the film ourselves using a Universal Developing Tank and we went on to make our own prints from the negatives that we had created. I was in awe of the whole process of making imagery from negatives. So much so that I went on to do a lot of experimentation like part solarising the images by momentarily switching on the light in the darkroom while the print is sat in the developer, warming of part of the prints to encourage smokey effects, dodging and burning etc. Yep, dodging and burning are real terms of real processes, not just useful tools in Photoshop. I ended up with some lovely prints that have stayed with me throughout the years. Having dug them out, I think I am going to make a couple of large prints from my favourite shots. Why not eh?!

Below are some of the images from the project. They are scans from prints, not from the negatives. This first image is one of my favourites. It’s of Simon, a very good friend of mine who kindly agreed to be a model for me at the time. 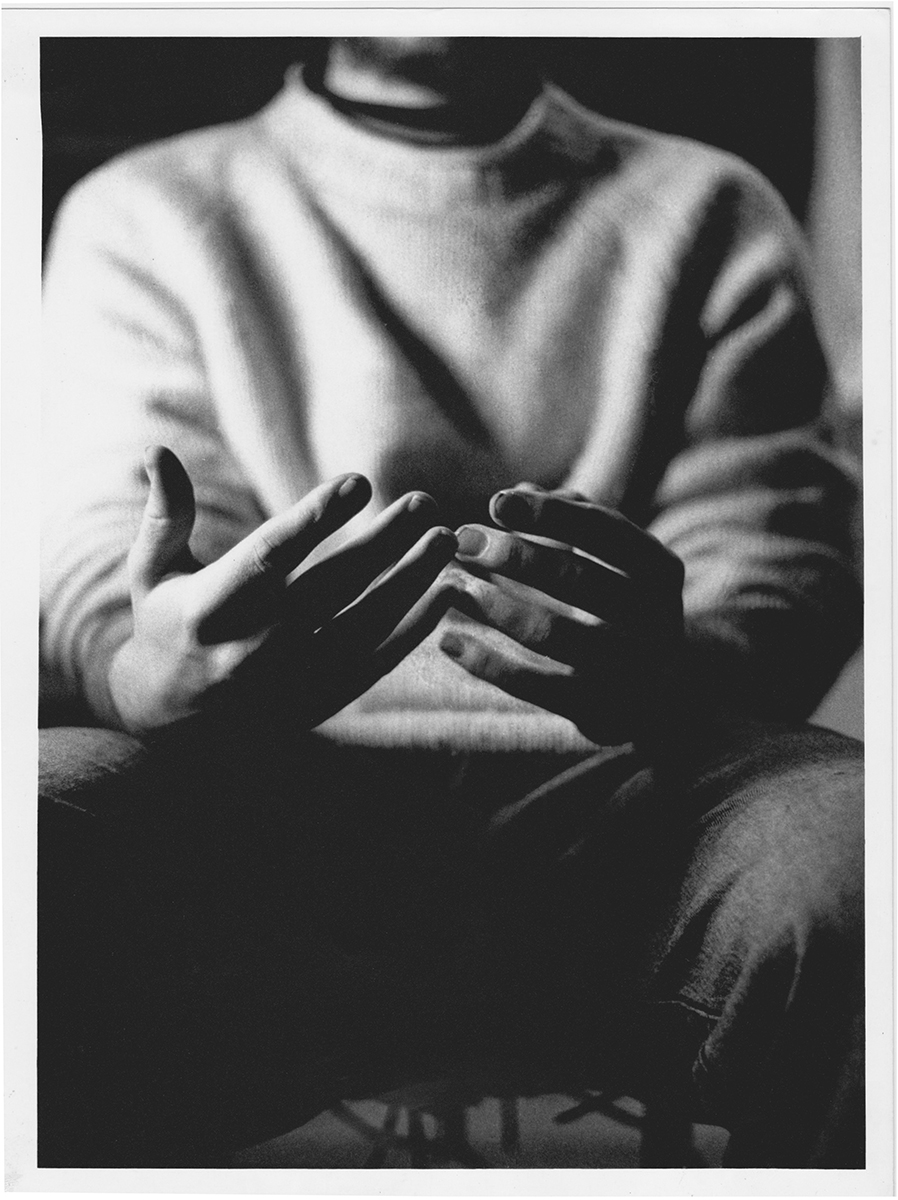 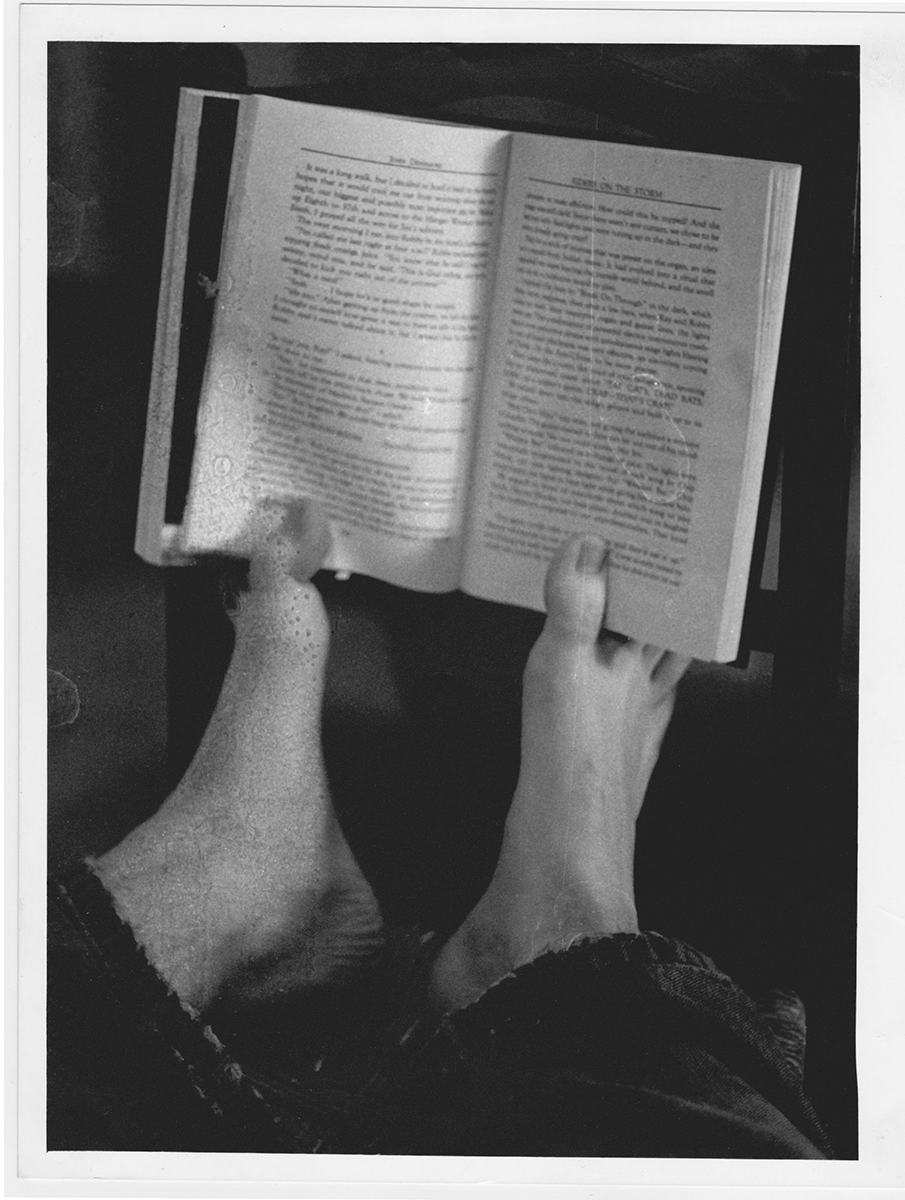 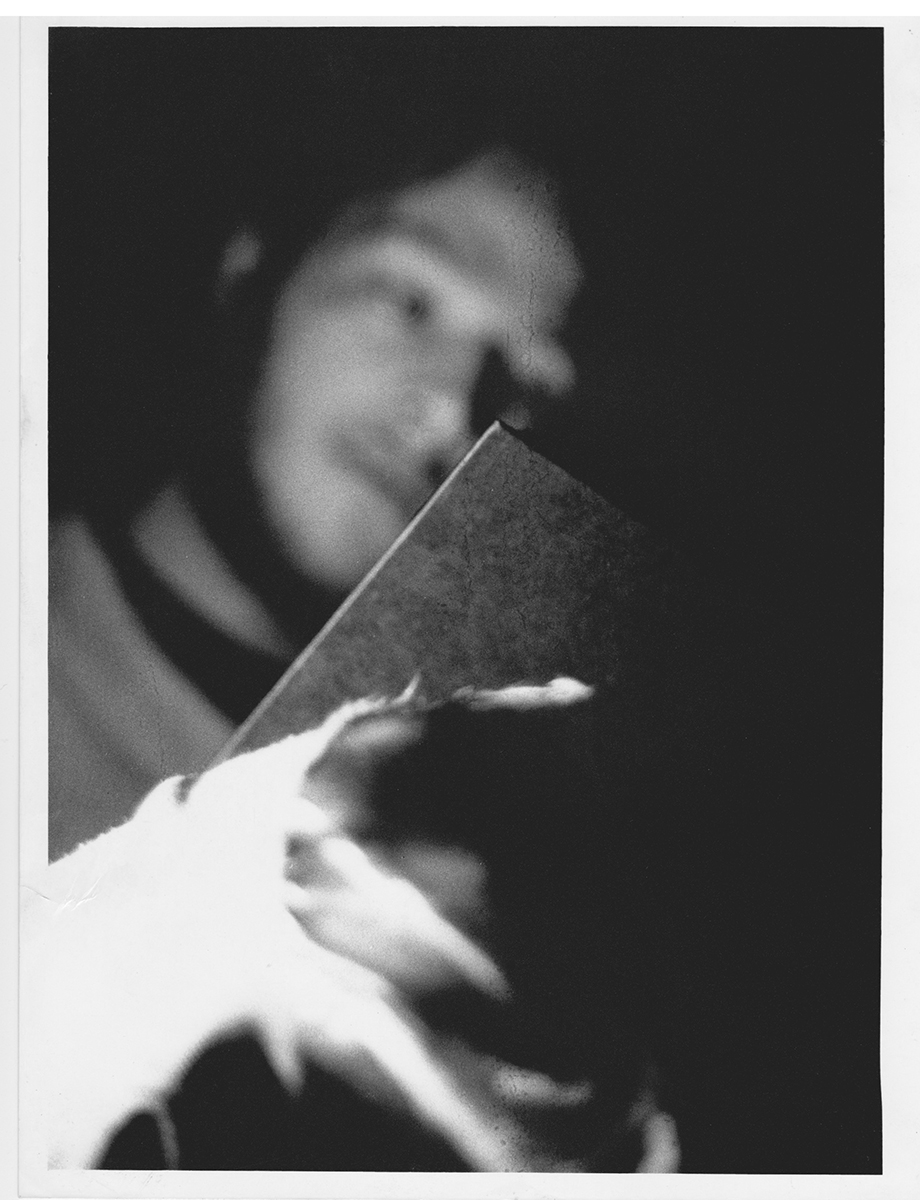 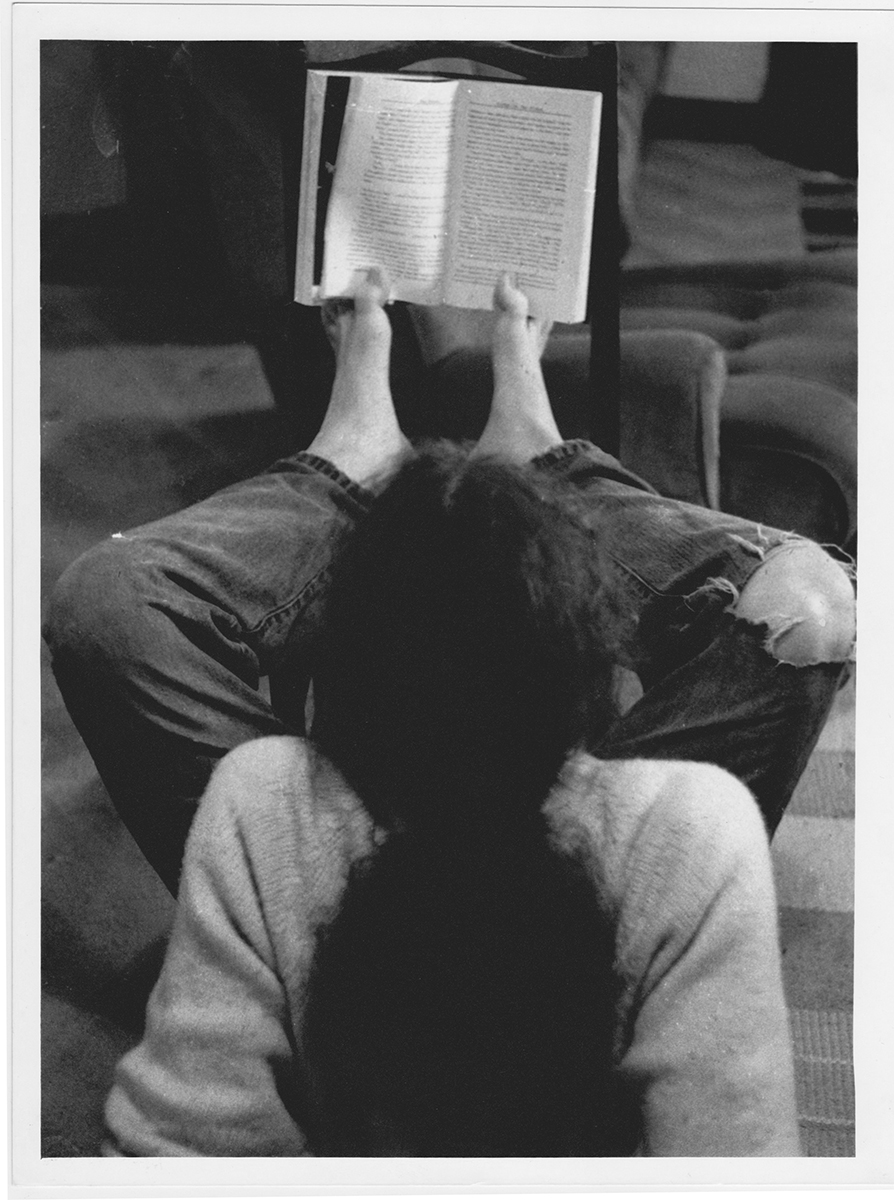 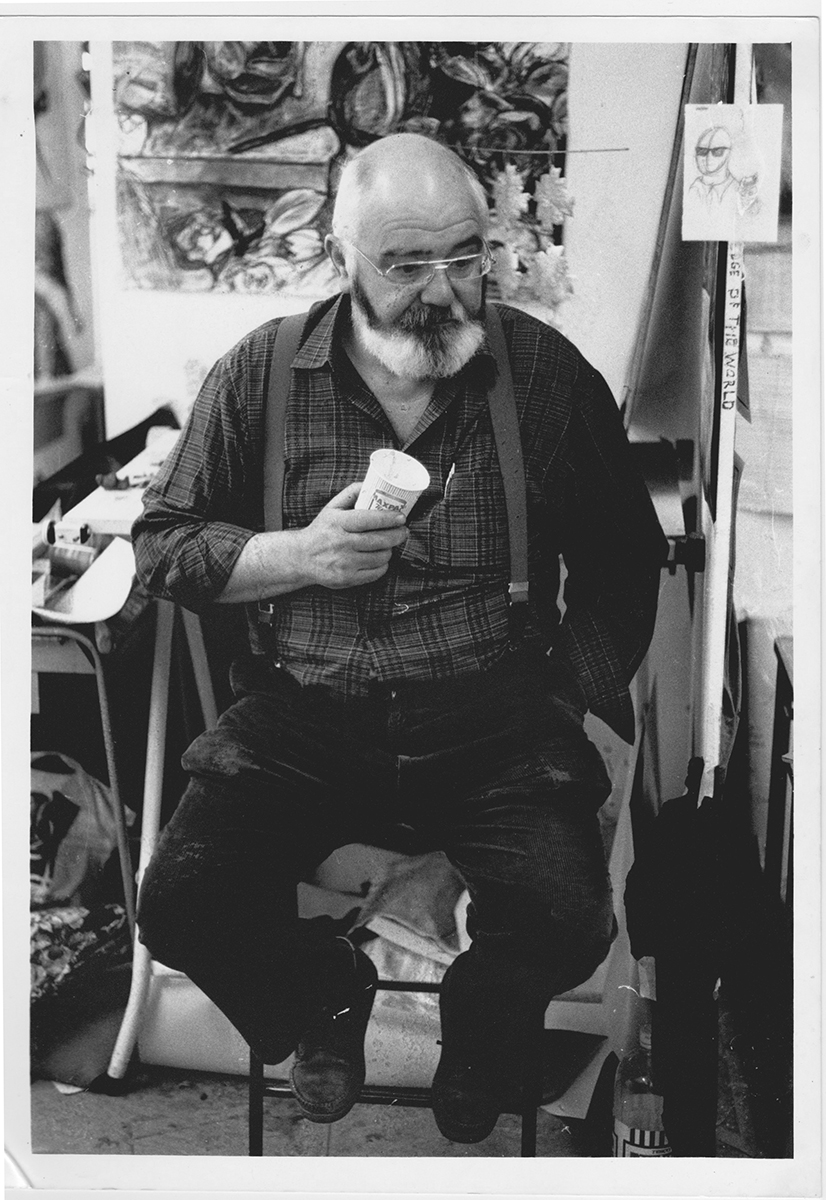 This chap is Malcolm Revill, a fellow student on my Foundation course. I remember him making the most insane armchair out of teasel heads. Nice chap. 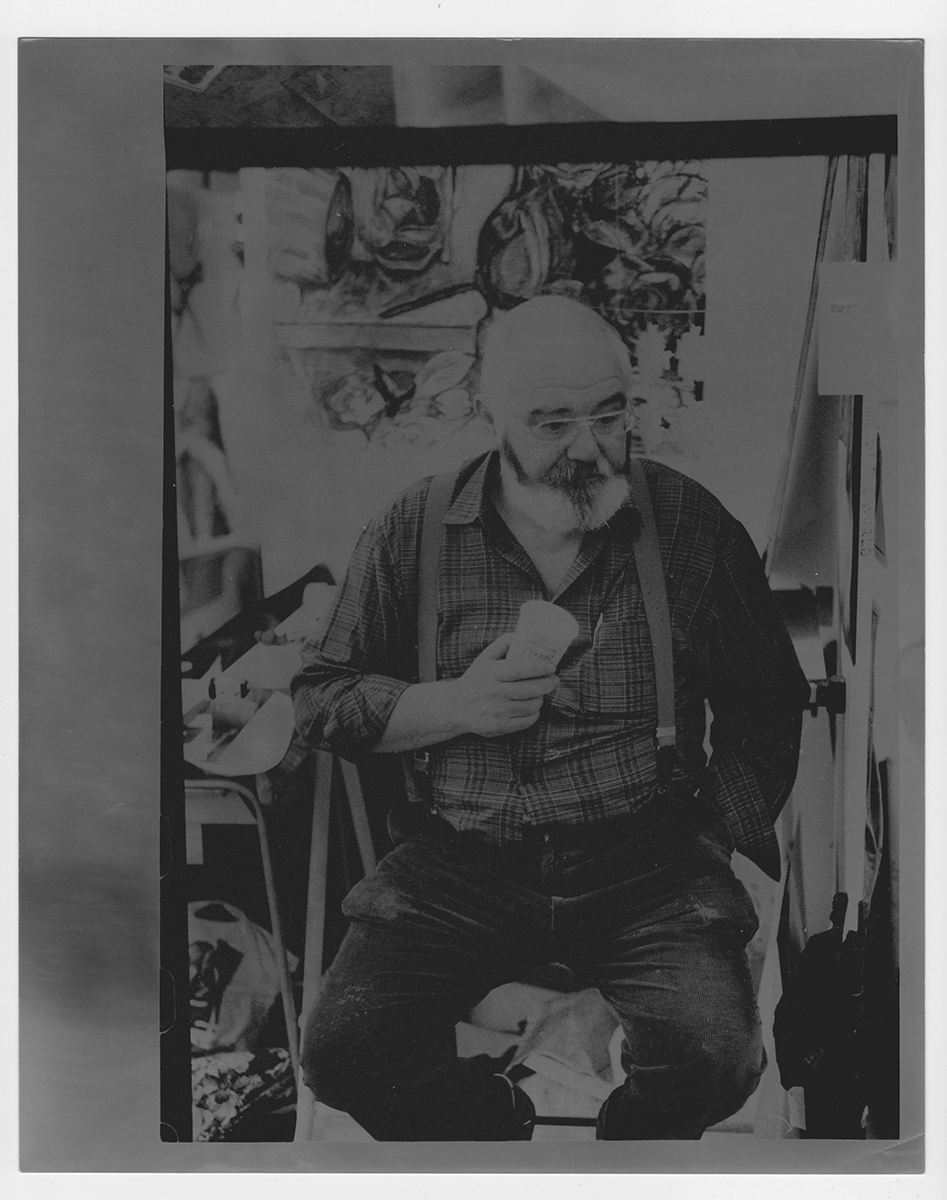 Same shot but solorised, which is the technique of re-exposing the photographic paper during the development process. As the main image starts to emerge while it’s sat in the developer solution, you switch on a white light momentarily in the dark room which exposes the rest of the paper. This then starts to develop and darkening the light areas in the image sending them silvery grey. 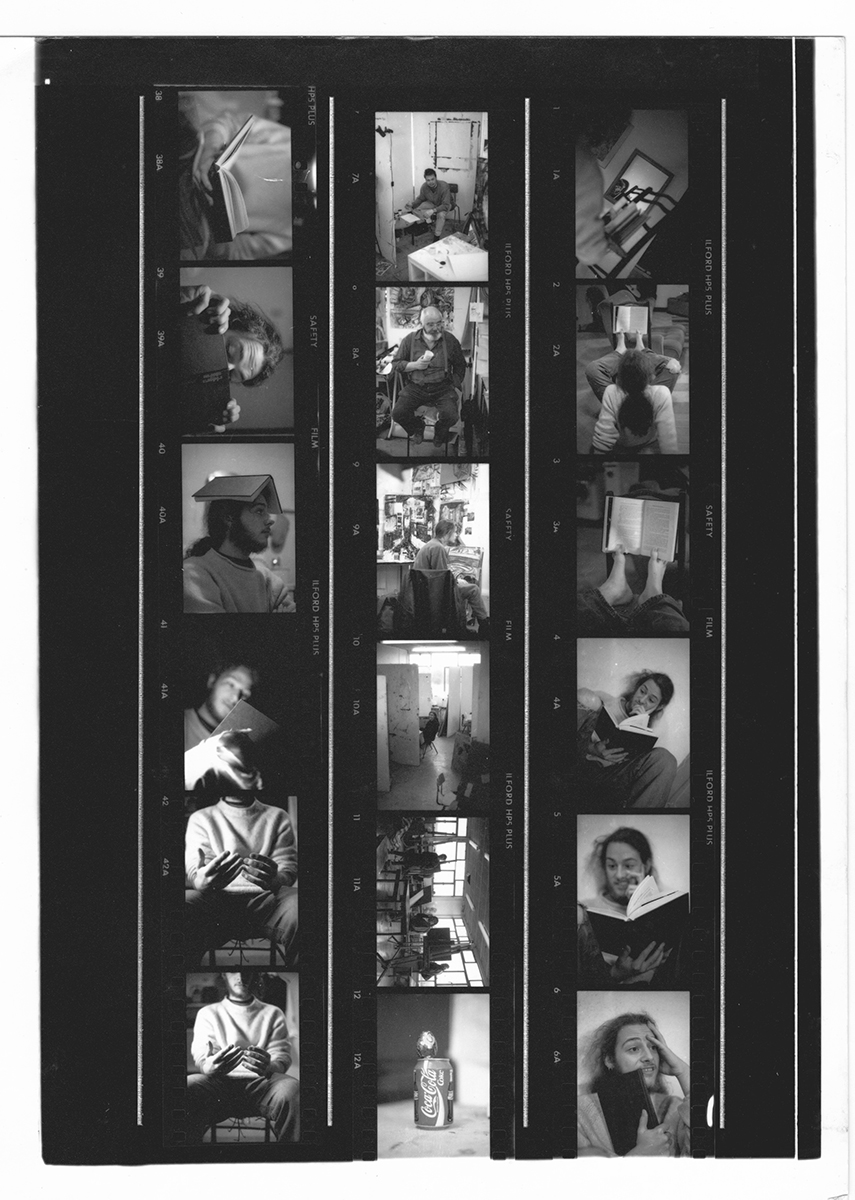 Contact sheet from one of the films that I shot and developed during the project. I think I may have to scan these again and make some prints.