I know, I can hear it now… “Out shooting water again Baz? It’s not like you!” Yes indeed, I just can’t help myself.

When shooting water in woodland you usually get a gap in the tree canopy where the light floods in and brightens up the water course. Obviously this depends on how wide the river or stream is. In the case of these shots, in each instance, the canopy was still rather closed as both the streams were fairly narrow. Trees on each side of the bank were close enough to form a closed canopy above the water where the foliage merged into one big umbrella.

There were one or two areas that opened up and light was able to flood in. It made for some interesting atmospherics. It’s not a bad thing though, especially when you’re taking long exposure shots on a tripod, as you have full control of your exposure times and how you want the available light to work in the image.
A closed canopy can serve to diffuse the light and you end up with shots with interesting light dotted around the composition. Even if ever so subtly, as is the case with the images below. You get lots of pockets of light and dark areas juxtaposed against each other which makes for some good contrasts throughout the composition. The only thing you might have to be considerate of is movement in the foliage if the conditions are breezy. But this can also work for you depending on the type of image you are after. There is always so much to consider when photographing this type of landscape. It’s what makes it so much fun.

For me, there is a sweet spot where long exposure, fast water river shots are concerned. I have seen many images where photographers have just opened up the shutter for as long as possible to capture a huge chunk of movement in the water and made it look like a blanket. A whited-out watery wilderness. You tend to get a huge amount of over-exposed areas in the water when this occurs. When it is overdone it can spoil the image and detract from the beauty of the scenery. So the sweet spot for me is a compromise somewhere between this and a normal snapshot. I want those smoothed-out elements in the flowing water, but I also want some of the energy left in too. Of course, this changes from shot to shot and it all depends on what you think works well within the composition at the time. Mostly though, I want to show the ever-changing course of the water as there is so much movement to be captured. So I tend to do a few test shots. I find the exposure I want and then play with the shutter timing and aperture until I hit the sweet spot which contains both those smoothing elements, but also something that captures the texture and ever-changing course of how the water is flowing.

As I said, I try to find the sweet spot. Here are some images where I hope to have done just that.

Spring is such a wonderful time of year. The earth starts to wake from its winter slumber and everything is revived, fresh, anew and bursting into life. Colour sharpens as buds open and blossoms begin to paint hues on the landscape. Fresh greens drench the vista as shrubs, trees and other foliage start pushing out shoots and the skeletal forms of winter begin to disappear under a shroud of foliage. A chlorophyll cloak of blades, stalks, needles and leaves forms over the landscape. A botanical display of renewed life bringing with it new hope and new beginnings.

There is one plant that has always amused me. The humble beech tree. It is renowned for holding on to its leaves throughout winter. After the spring and summer season its leaves turn from green to a golden orange colour and shrink and distort slightly as they lose their moisture. They only really start to shed their leaves when the new reddish brown, bullet-shaped leaf buds form in springtime and last seasons foliage falls to the earth just as the new bud is about the open.

While I was visiting Hardcastle Crags this spring, the beech trees where on the brink of this transitional period. Many leaves had fallen leaving a rusty coloured carpet under each of the trees, but there were still plenty of leaves clinging on and dancing in the spring sunlight. It was nice to witness this transformation and I thought I would record it by taking a few photographs. I quite enjoyed looking for decent compositions and finding some interest in amongst the branches of these beautiful trees. The more I looked, the more I wanted to photograph. Such delicate beauty on display and such sharp colour framed against the woody background.

Here are some of the images that I took on the day.

I was recently up at Brimham Rocks, situated on Brimham Moor in the Nidderdale Area of Outstanding Natural Beauty in North Yorkshire. It is an (SSSI), a heather moorland and 454 acre biological Site of Special Scientific Interest, and Geological Conservation Review (GCR). It also happens to be part of the National Trust’s portfolio of properties and is visited by thousands of people every year. With it’s unusual rock formations and wild landscapes it is also very beautiful and a great place to get some interesting photographs.

One of the most photographed aspects of the location is the Lone Tree (Silver Birch) that protrudes from the gritstone between two sets of rock formations. There was some fabulous light while I was there and I managed to get a couple of interesting shots looking at different aspects of this particular spectacle. There were families and couples milling around the place and they made for some good silhouette shots against this beautiful landscape. I really like the black and white shot of the two Jackdaws chasing each other off the edge of the rocks just under the silver birch tree. It was a timely capture.

If you have never been, there is alsorts to enjoy at this location. You can have a go at Geocaching, which is essentially a GPS treasure hunt. There are many beautiful walks to be had and the rocks themselves are breathtakingly beautiful and were created by a tremendous river which ran through there about 100 million years before the first dinosaurs walked the earth. The rocks were sculpted over 320 million years of continental plate shifts and hundreds of thousands of years of ice, wind and rain leaving us with this stunning landscape to explore and enjoy. 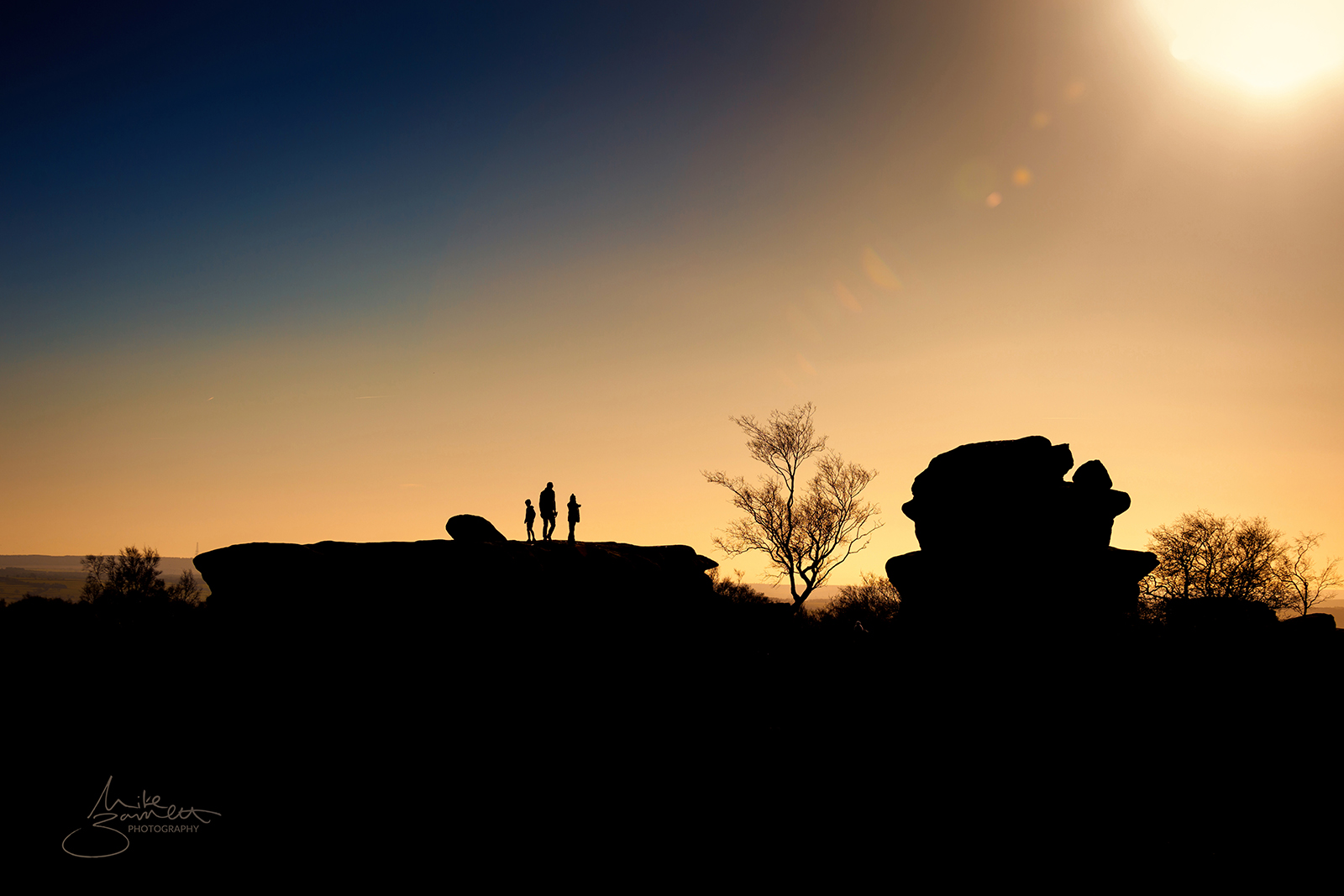 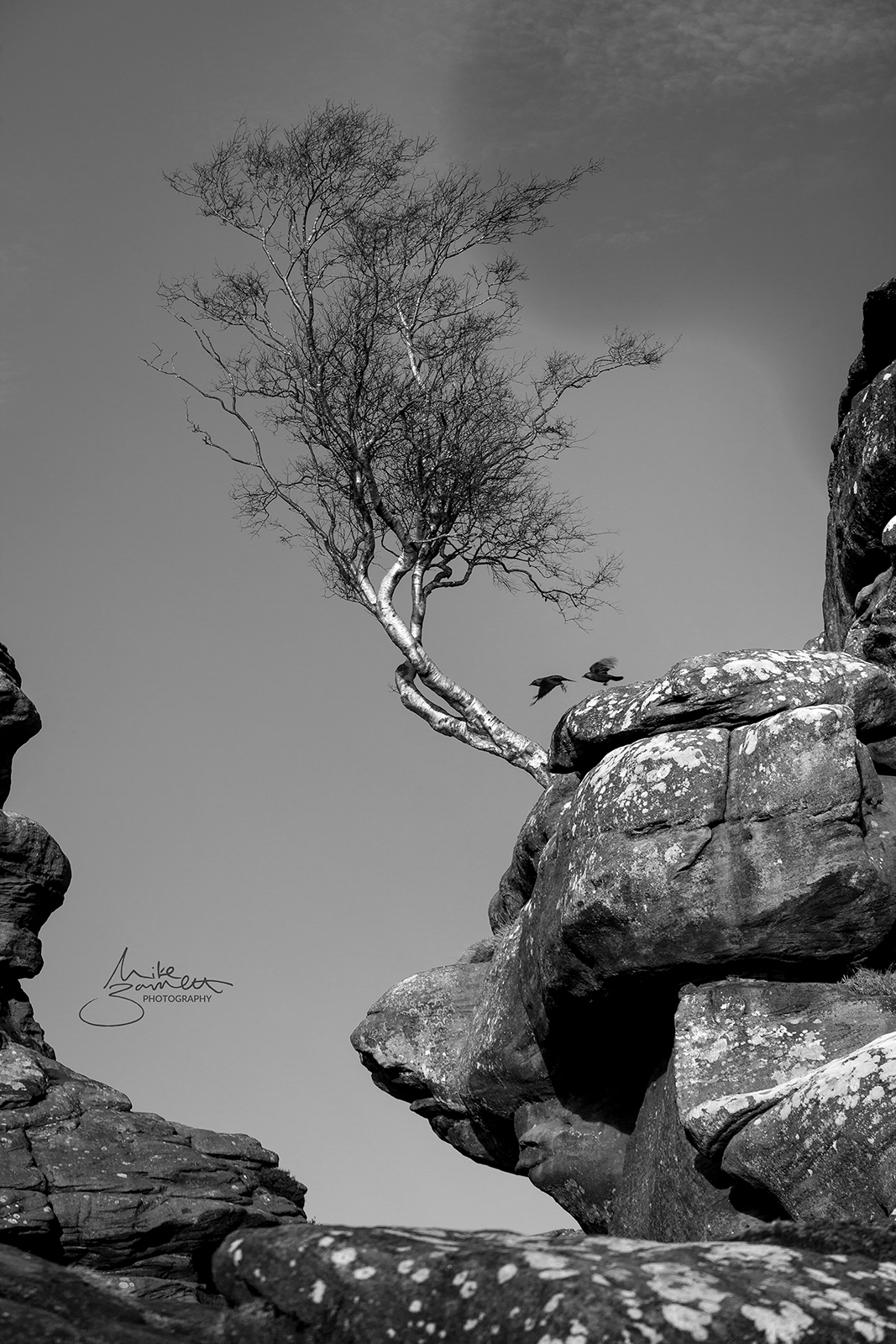 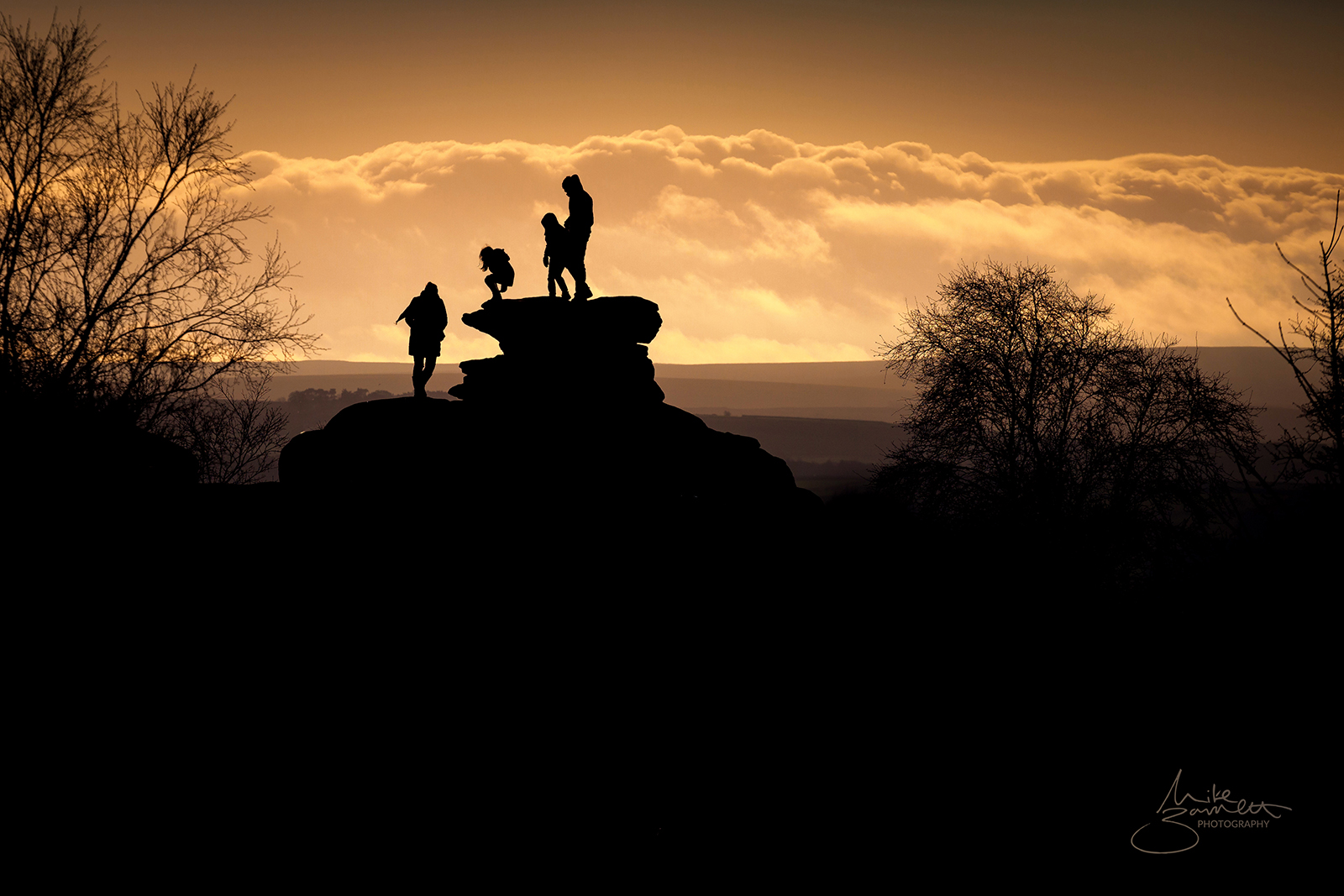 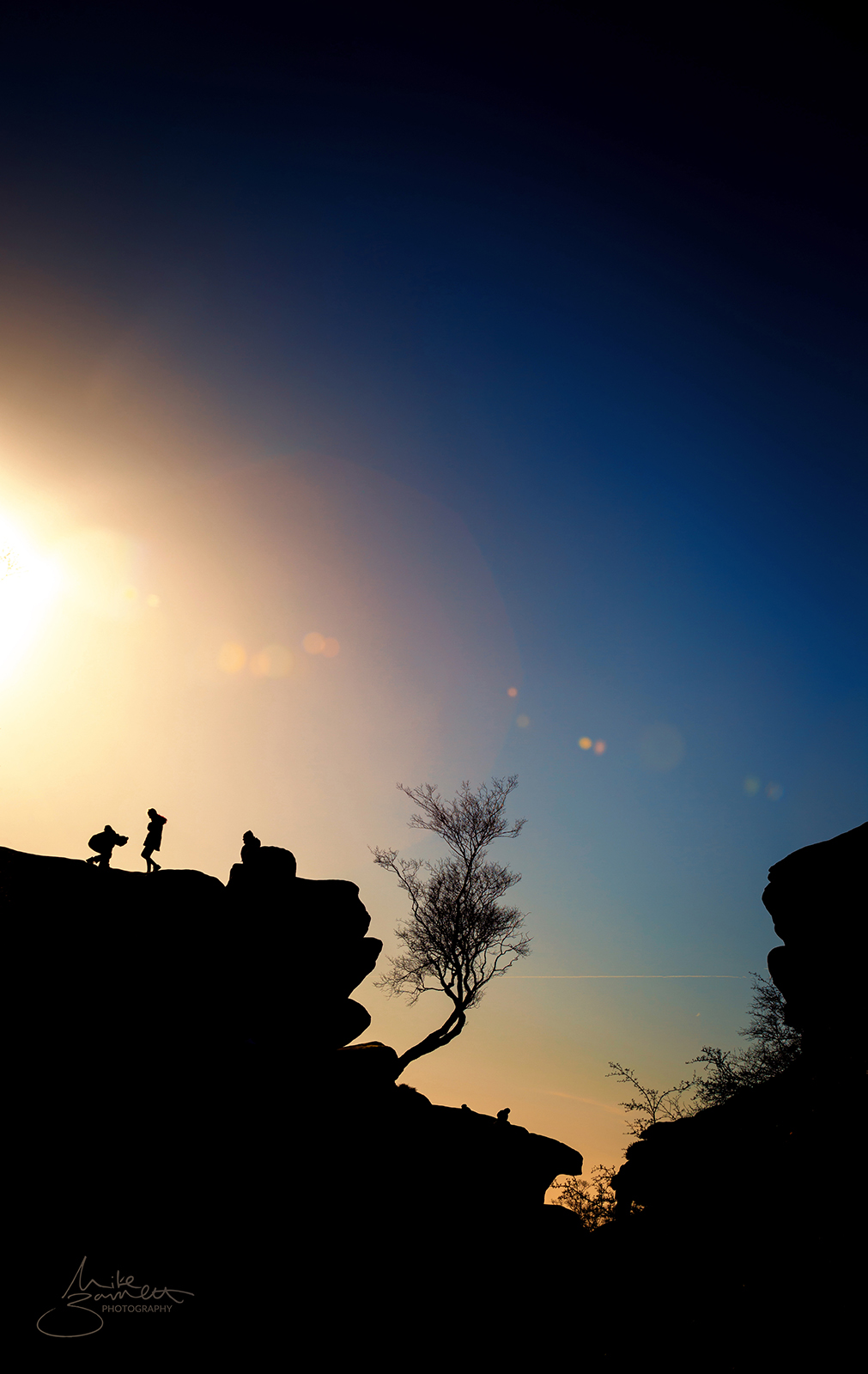 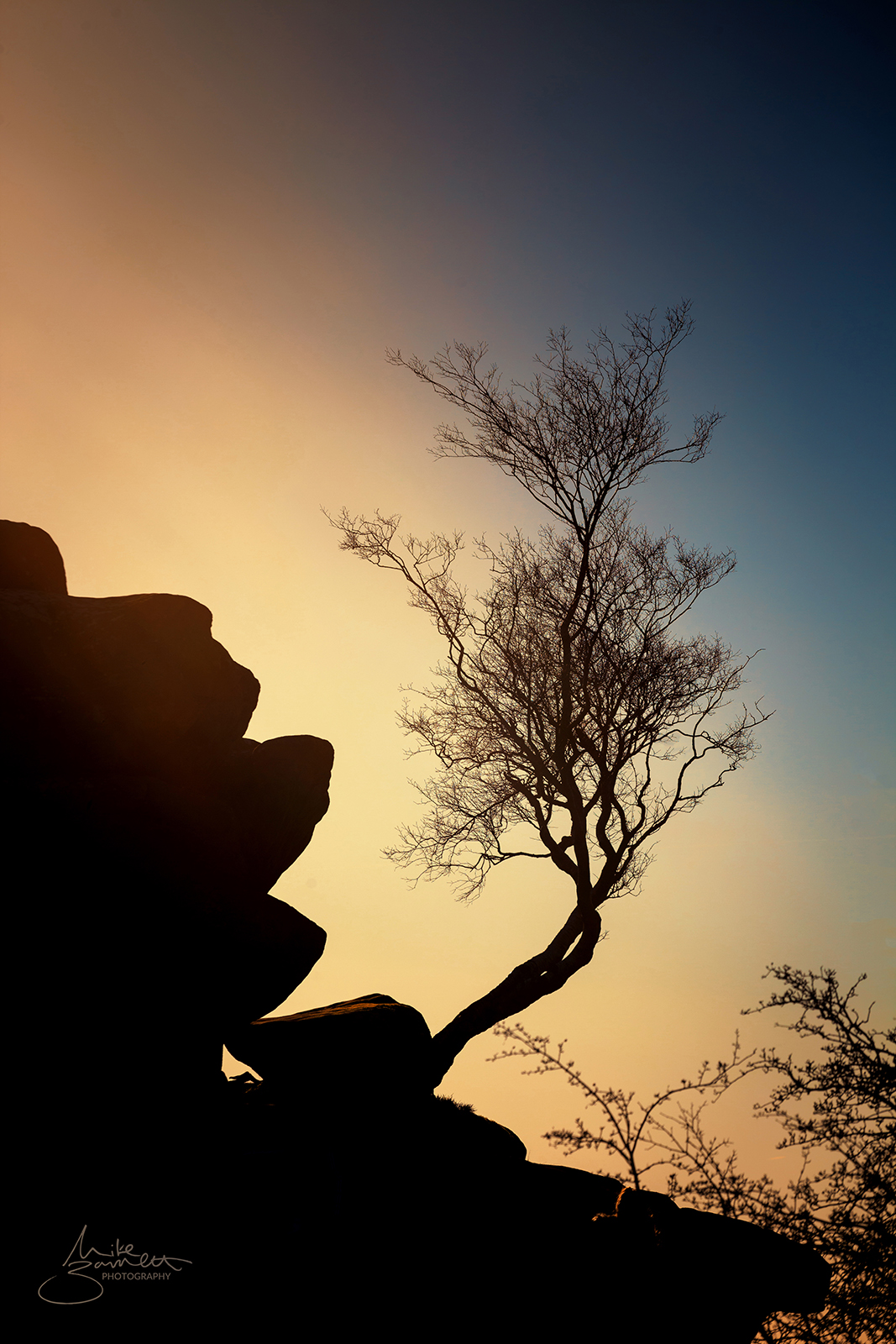 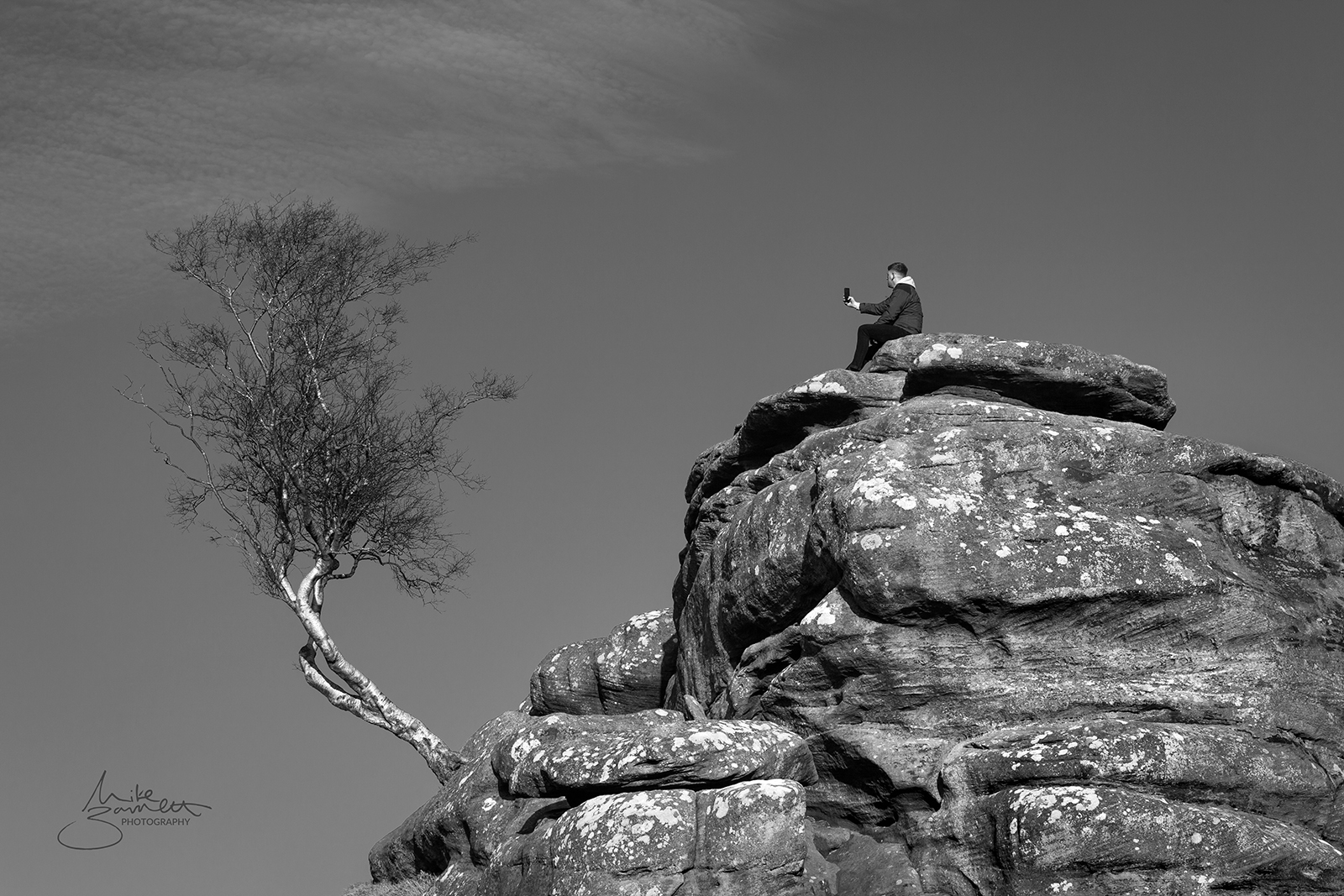 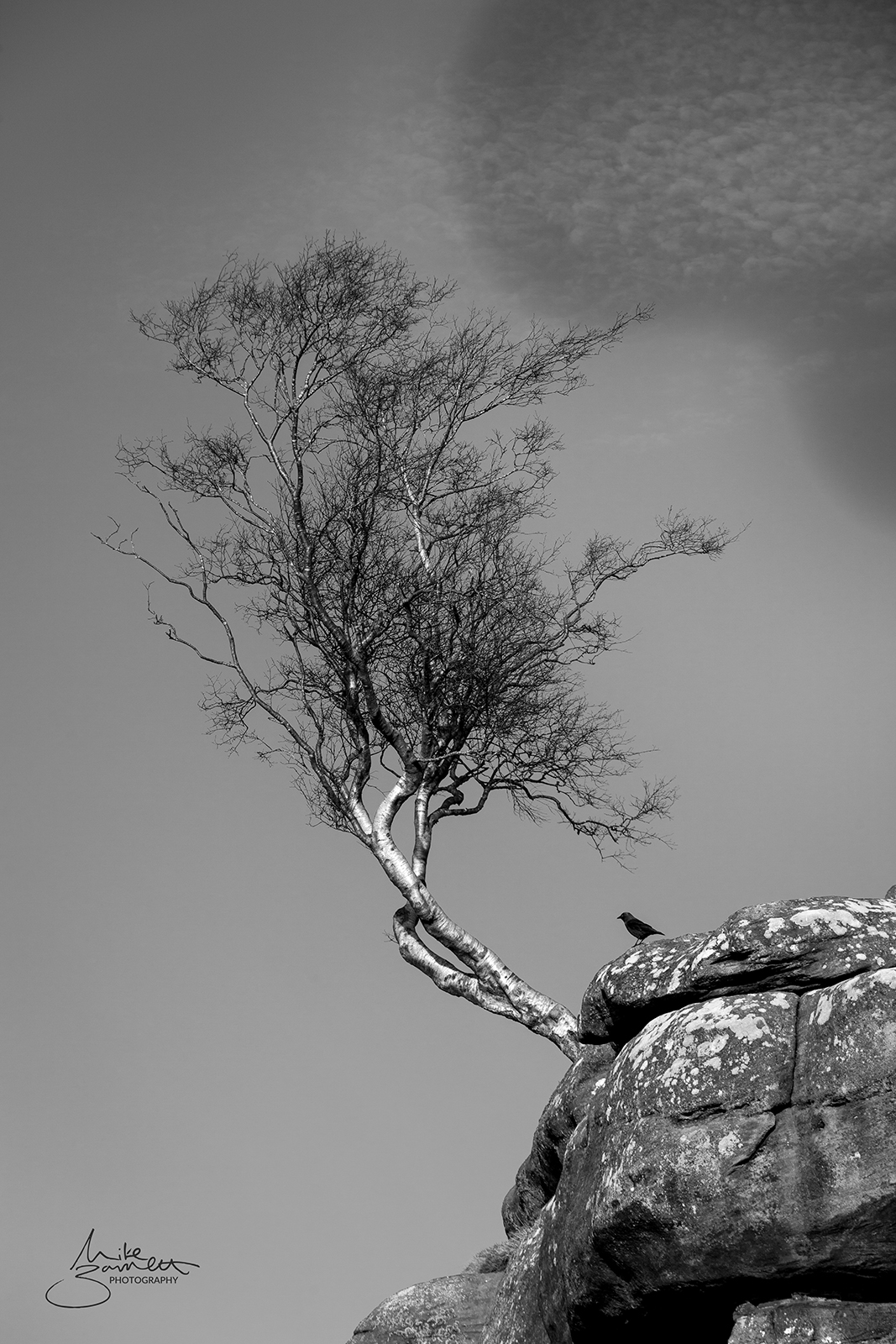 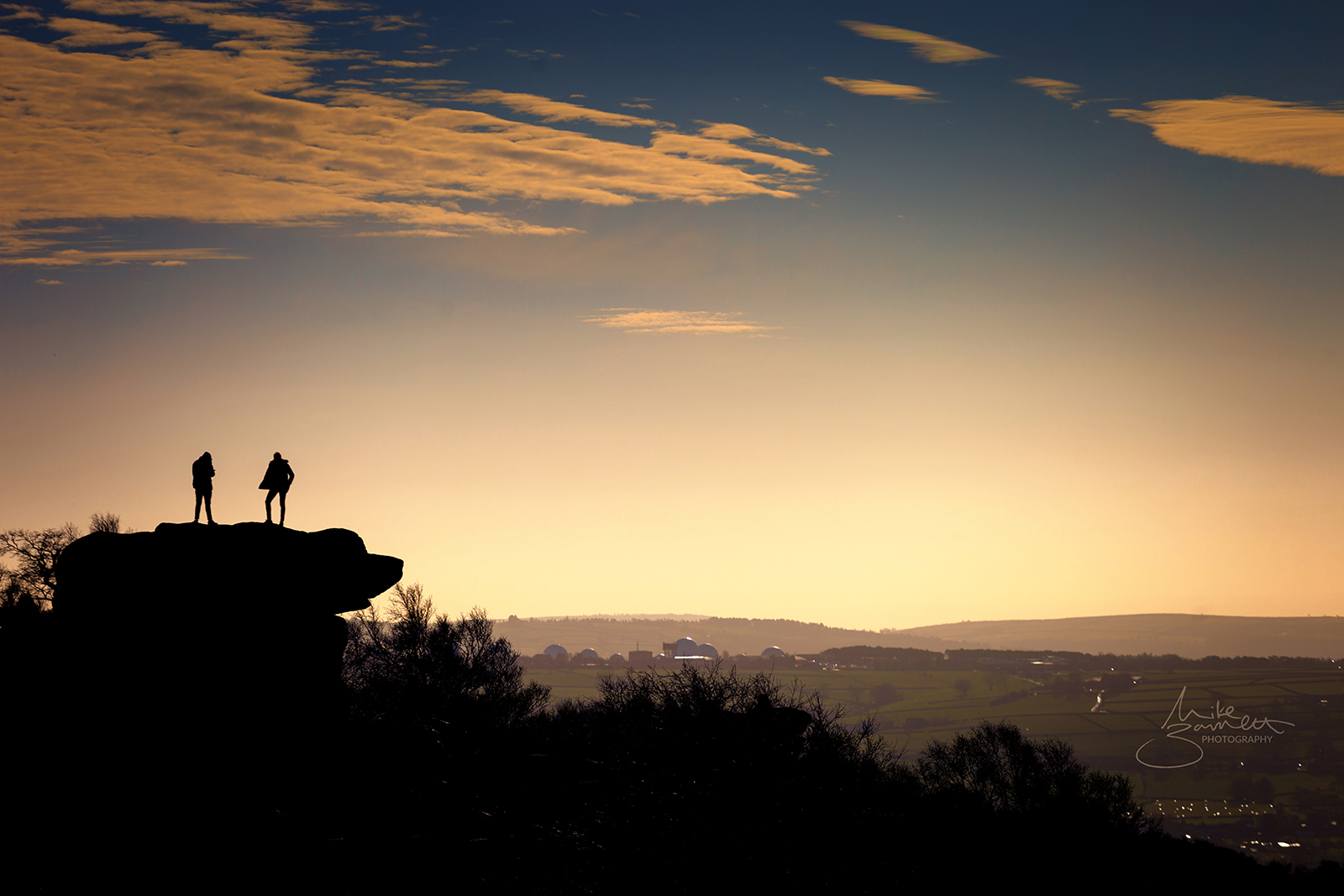